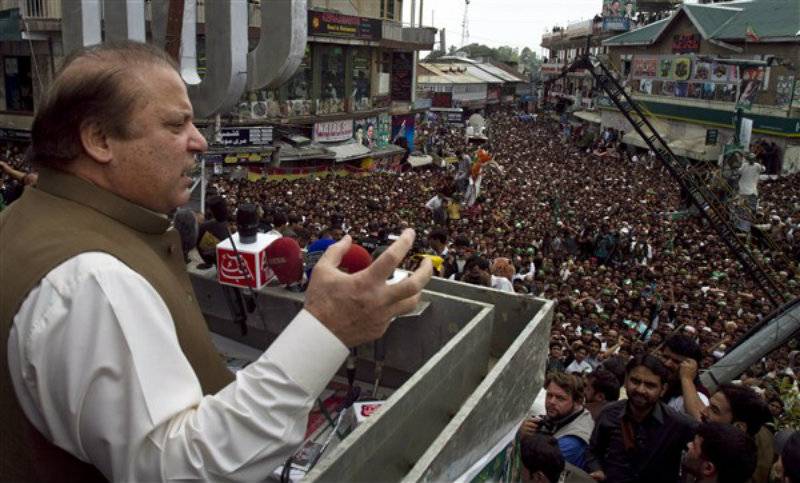 MURREE - Former prime minister Nawaz Sharif, who was ousted last week by the Supreme Court over corruption and dishonesty, will lead a rally of his supporters on his way back to Lahore's Raiwind Palace from  Pakistan's most popular summer resort Murree.

Sources in Pakistan Muslim League-Nawaz (PML-N) revealed to Daily Pakistan that a large number of Sharif's supporters wanted the ex-PM to return to his hometown Lahore, by road.

After leaving the Punjab House in Murree on Sunday, Nawaz Sharif will take the motorway and will reach Babu Sabu interchange before diverting to Bund Road.

All PML-N members of national and provincial assemblies have been instructed to join the rally that will conclude at Data Darbar, the shrine of sufi saint Ali Hajveri (RA) .

Earlier in the day, Prime Minister Shahid Khaqan Abbasi held the second round of consultation with party leadership in Murree where the ex-PM is staying with family since his ouster from PM House, to pick members for his new cabinet.

ISLAMABAD: The oath-taking ceremony of the new federal cabinet on Wednesday has been delayed after Pakistan Muslim ...

Abbasi’s cabinet was expected to be sworn-in at the Presidency at 5:30pm Wednesday but the event is being delayed for last two days as the party failed to finalise the allocation of ministries.