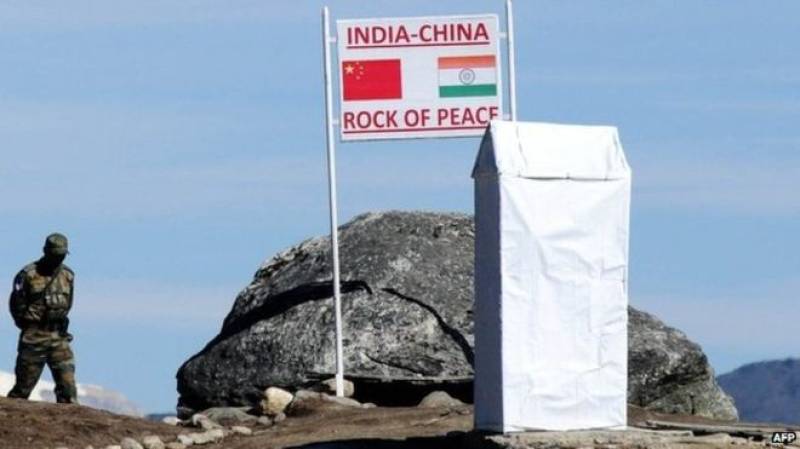 NEW DELHI - The Chinese foreign ministry confirmed in a statement that after being pressed multiple times, India quietly withdrew most of its troops from the disputed Himalayan plateau (Doklam border) where a standoff with China has been on since mid-June.

The statement carried in a detailed document citing statistics issued on Wednesday suggested that there were troops in Chinese territory, though the numbers plummeted by around 10 times.

The 15-page document bearing a lengthy title 'The Facts and China’s Position Concerning the Indian Border Troops’ Crossing of the China-India Boundary in the Sikkim Sector into the Chinese Territory ' implies that Indian troops had crossed the border from Sikkim on June 18, two days after the building of a road had commenced in the Dong Lang area (the Bhutanese describe this area as Doklam). They said that the 270 armed Indian troops and bulldozers “advanced more than 100 meters into Chinese territory to obstruct the road building of the Chinese side, causing tension in the area”.

The most pivotal part of the 'fact sheet' is the withdrawal of troops by New Delhi as claimed by Beijing has been denied by Modi administration. 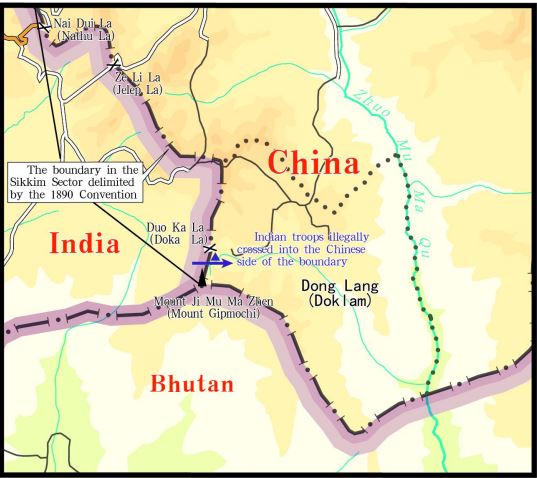 The Indian foreign ministry responded in the evening by calling "peace and tranquillity in the India-China border areas" a "prerequisite" for smooth bilateral relations but did not confront the assertions in Beijing's statement, not even the alleged troop reduction.

On the other hand, officials in the Indian defence ministry suggested that India had not reduced its troop strength on the disputed spot, called Doklam by Bhutan and Donglang by China.

Defence analyst Ajai Shukla wrote in his blog that not only India, but China had also brought down the number of soldiers involved in the stand-off, which he interpreted as a sign of de-escalation.

But the troops withdrawal has not yet satisfied Beijing which asserts that 'immediate and unconditional' pull back was needed to help solve the crisis.

"China has shown utmost goodwill and great restraint and sought to communicate with India through diplomatic channels to resolve the incident," China said.

"No country should ever underestimate the resolve of the Chinese government and people to defend China's territorial sovereignty. China will take all necessary measures to safeguard its legitimate and lawful rights and interests. The incident took place on the Chinese side of the delimited boundary. India should immediately and unconditionally withdraw its trespassing border troops back to the Indian side of the boundary. This is a prerequisite and basis for resolving the incident," it added.

The document also claimed that Chinese officials informed their Indian counterparts about plans to extend the road on the plateau at a border meeting on June 1.

The plateau is claimed by both China and Bhutan. After China began construction to extend a road in the plateau on June 16, Indian troops entered the region to stop them.

Bhutan protested China's road construction, which it said violated bilateral agreements to avoid any change to the "status quo" while the two countries resolved their border dispute.

Bhutan, in its only public statement on the crisis, did not mention India which irked China consequently leading to accusations against India of violating the sovereignty of both the countries that claim the plateau.

But China was blunt enough to slam India on the issue in its document.

"India has no right to interfere in or impede the boundary talks between China and Bhutan, still less the right to make territorial claims on Bhutan's behalf," the Chinese statement said.

"India's intrusion into Chinese territory under the pretext of Bhutan has not only violated China's territorial sovereignty but also challenged Bhutan's sovereignty and independence."

To substantiate its claims, China has also mentioned four documents from Nehru's time claiming that the Sikkim border issue was settled.

"The boundary of Sikkim, a protectorate of India, with the Tibet region of China was defined in the Anglo-Chinese convention 1890 and jointly demarcated on the ground in 1895," Nehru wrote.

On September 26 the same year, Nehru wrote to Zhou again, stating that "there is thus no dispute regarding the boundary of Sikkim with the Tibet region".

Five months later, on February 12, 1960, the Indian embassy in Beijing wrote to the Chinese foreign ministry stating that the Sikkim-Tibet border "has long been formally delimited" and that the boundary "has also been demarcated on the ground".

The fourth document mentioned for the first time seems to be a non-paper presented by the Indian side on May 10, 2006, through special representatives working on China-India boundary questions. A single line has been quoted from it: “e) Both sides agree on the boundary alignment in the Sikkim Sector”.

India, however, has claimed that the Sikkim boundary has never been settled, even after the 1890 convention.