'Great leader only one in Pakistan... he is Imran Khan', Maryam's old tweet puts social media on fire 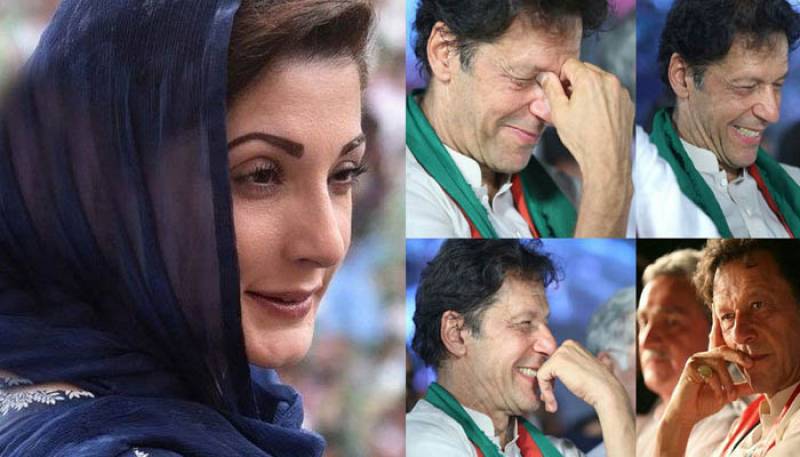 ISLAMABAD – There can be no bigger opponent for Pakistan Muslim League-Nawaz and the Sharif family than Imran Khan, the incumbent prime minister, at the moment.

Since his pro-accountability drive led to the ouster of former prime minister Nawaz Sharif and his subsequent jail term over corruption over a period of past three years, the chairman of ruling Pakistan Tehrik-e-Insaf (PTI) is a permanent target of PMLN leaders especially its vice-president Maryam Nawaz.

Every now and then, the 47-year-old daughter of ex-PM lashes out at Khan for the downfall of her family’s rule in the South Asian country. But if you take a look at her past tweets, Imran Khan is a person of ‘great admiration’ for her.

A screenshot of her tweet from some eight years ago, when the PMLN was ruling in Punjab and used to lock horns with Pakistan Peoples Party-led government in the Centre, is making rounds on the internet since she’s all praise for him on the social media.

Yes, you read it right. In 2012 Maryam had shared a tweet, “Yes, he is a great cricketer & an even better commentator!” great leader only one in Pakistan... he is Imran khan."

Yes, he is a great cricketer & an even better commentator! "@ktk_ahmad: @leoawi great leader only one in Pakistan... he is imran khan."

As her old tweet resurfaced, members of Pakistan Tehreek-e-Insaf and PM Imran Khan fans took on Maryam Nawaz, calling her a ‘hypocrite’.

One user commented: “This woman always falls into her own trap.”

While everybody believed it was actually Maryam who had publicly admired the living cricket legend, Junaid Saleem jumped in the situation and got the facts straight.

The host of popular Hasb-e-Haal show, in his tweet (in Urdu), explained that Maryam had “hijacked a running account of two lakh followers” and “and did not delete the tweet [in question] because back then she had no political identity” and perhaps “she did not feel the need to delete” it.

“[Maryam] used Calibri font even before it was invented and got followers before joining Twitter,” he took a jibe at the politician, referring to the infamous Panamagate proceedings that were centered on Sharifs’ luxury apartments in London.

Junaid Saleem’s dissection of Maryam’s past tweet was well-praised by social media users, who agreed to the TV figure and even defended his case.

Well if u go and scroll old tweets, it will give ur recent pic .FB abd other social media platforms have similar feature.

Once a fan of Imran’s leadership skills in cricketing affairs and his fantastic commentary, Maryam Nawaz now hates Imran Khan so much that she never calls him by his name in her fiery speeches but a ‘puppet’ and a ‘selected’ leader only. Perhaps she doesn’t like him anymore passing comments against the former ruling family.