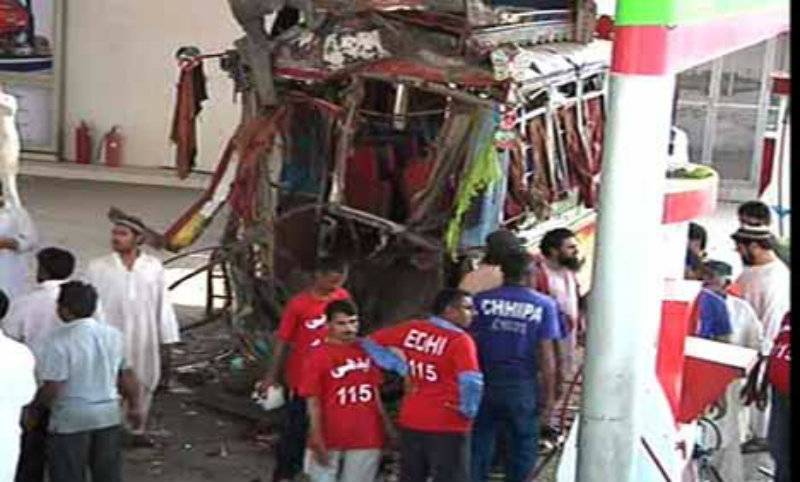 KARAK (Staff Reporter) - At least 10 people were killed while six others were injured when a CNG cylinder of a passenger bus blew up at Kanda Khurram in Karak.

As per details, a passenger bus was moving from Peshawar to Dera Ismail Khan when Compressed Natural Gas cylinder installed in the bus exploded, leaving at least ten passengers including women dead.

According to police sources, those who lost their lives included four women.

The injured passengers were rushed to a nearby hospital for treatment.