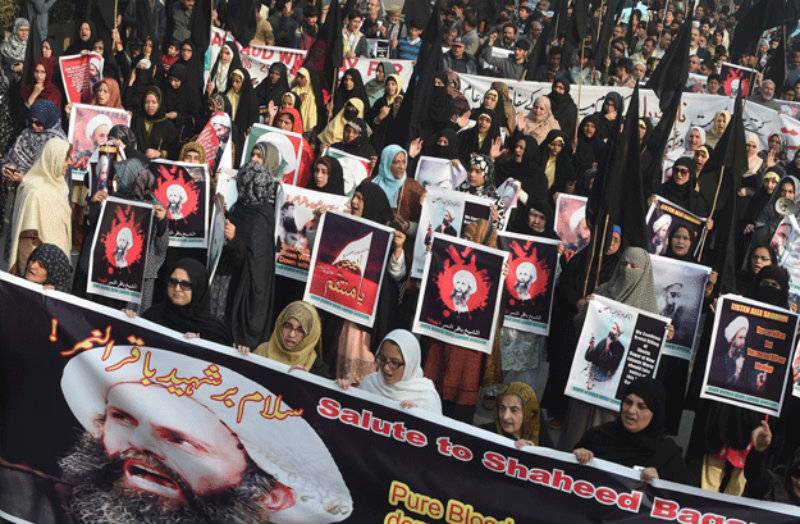 ISLAMABAD (Web Desk) - Thousands of Shias protested in various cities of the country and Indian-held Kashmir on Sunday to condemn Saudi Arabia’s execution of a leading cleric Nimr al-Nimr, as fury over the killing spread.

The 56-year-old Shia cleric was put to death along with 46 Shia activists and Sunnis who the Saudi interior ministry said were involved in al Qaeda killings. Some were beheaded, others were shot by firing squad.

Peaceful protests were held across the country. In Quetta where about 1,000 people called on the government to reconsider its longtime ties with Riyadh and demonstrators held placards bearing anti-Saudi slogans. 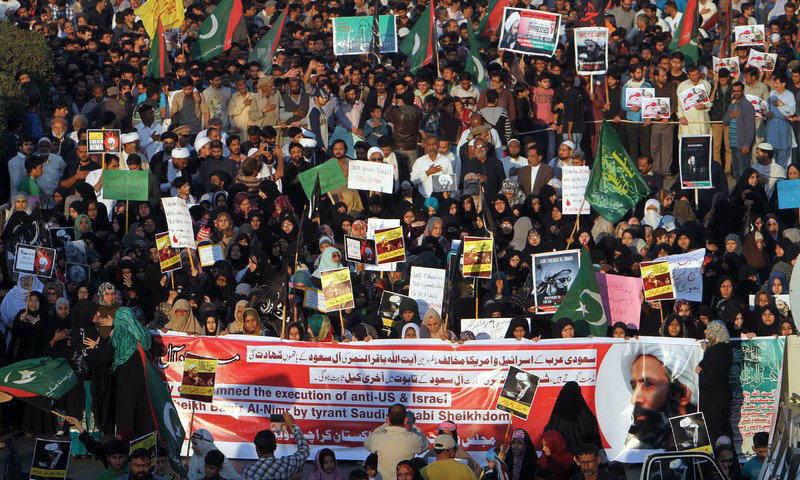 In Lahore around 1,500 took to the streets calling Nimr's execution a gross human rights violation, while in Karachi about a thousand men, women and children shouted slogans against the royal Saudi family.

Similar protests also took place in several districts of Sindh and the federal capital Islamabad, where about 500 people gathered to call on the UN to intervene to stop Saudi Arabia from targeting Shias.

Iran and Iraq’s top Shia leaders also condemned the execution, warning ahead of protests that the killing was an injustice that could have serious consequences.

Amid the rallies, Saudi foreign minister Adel bin Ahmed al-Jubeir, who was scheduled to arrive in Islamabad Sunday evening, postponed his visit. 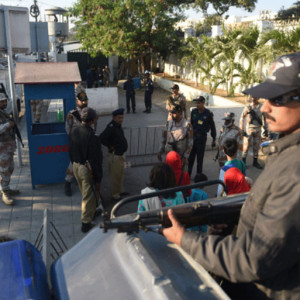 “The visit was postponed at the request of the authorities of Saudi Arabia,” the foreign ministry said in a statement, adding the trip would take place on January 7.