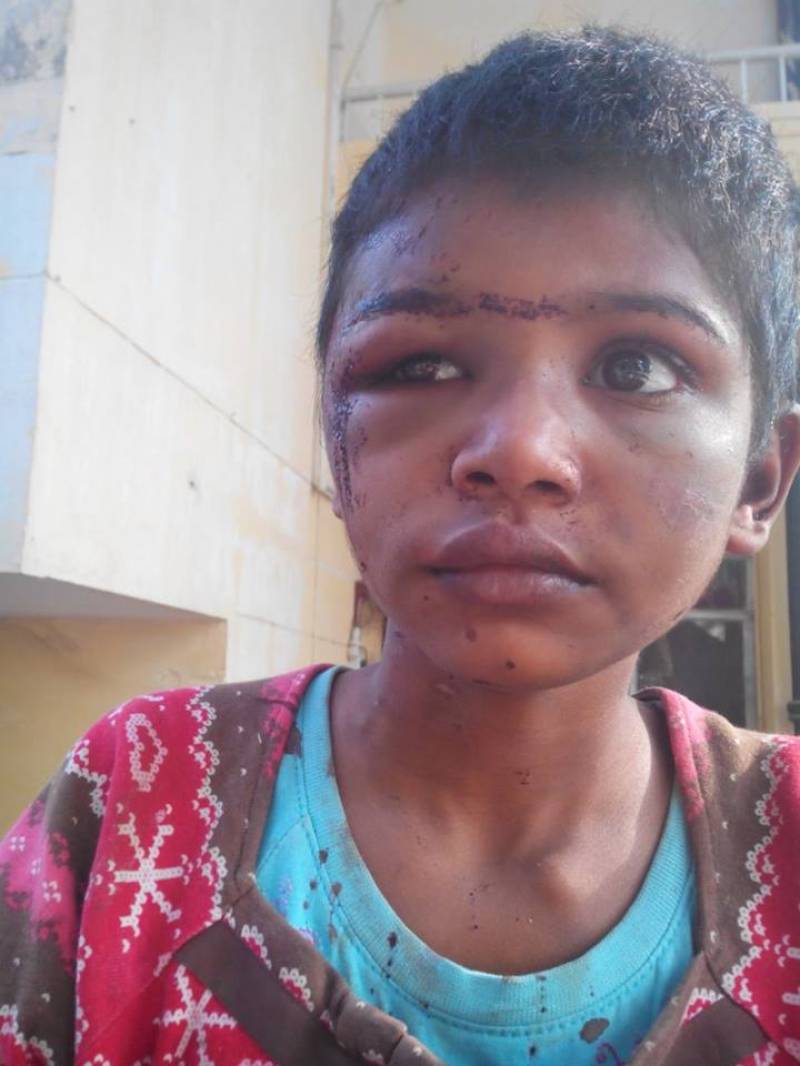 ISLAMABAD - The father of a child maid allegedly tortured by an additional district and sessions judge forgave the suspect and his wife here on Tuesday.

According to reports, Raja Khurram Ali Khan, and his wife were facing an inquiry for their alleged involvement in keeping a housemaid in illicit confinement.

The couple was also accused of burning her hand over a stove, beating her with a ladle, detaining her in a storeroom and threatening her with dire consequences.

However, the father of the child said before the court that he forgave the judge and his wife, and had "no objections" to the court granting bail to the suspects. In an unexpected turn of events, he claimed that the he had investigated the matter on his own and found the case to be a false one. The judge's wife was granted bail at Rs30,000.

The affluent Khan and his wife were booked after the 10-year-old Tayyaba recorded her shocking statement regarding the brutal torture before the police in the presence of Assistant Commissioner Potohar Nisha Ishtiaq.

The case was brought to the court's notice on Thursday after shocking pictures of the girl stormed the internet thanks to comedian Junaid Akram. Afterwards, the police took the girl into custody after recovering her from the judge's house.

Initially, the scared girl told the police that she fell from the stairs and received an injury to her right eye. About the her burned hand, she said that she had scalded herself with some hot tea.

In a First Information Report, however, she stated that she had been living at the judge’s house for nearly two years.

She claimed that she was often beaten up in the house. Most recently, she alleged ‘Mano Baji’ shoved her hands onto a burning stove and then beat her after a broom went missing in the judge's house.

Disclosing the shocking details regarding her captivity, she said the owners of the house usually locked her up in a storeroom at night in addition to starving and thrashing her.

After a detailed analysis, the medico-legal officer of the Pakistan Institute of Medical Sciences (PIMS) submitted  a report confirming blunt and burn injuries and stated that the nature of wounds constituted a case under section 337 –A (i) and 337 – F (i) of the Pakistan Penal Code.