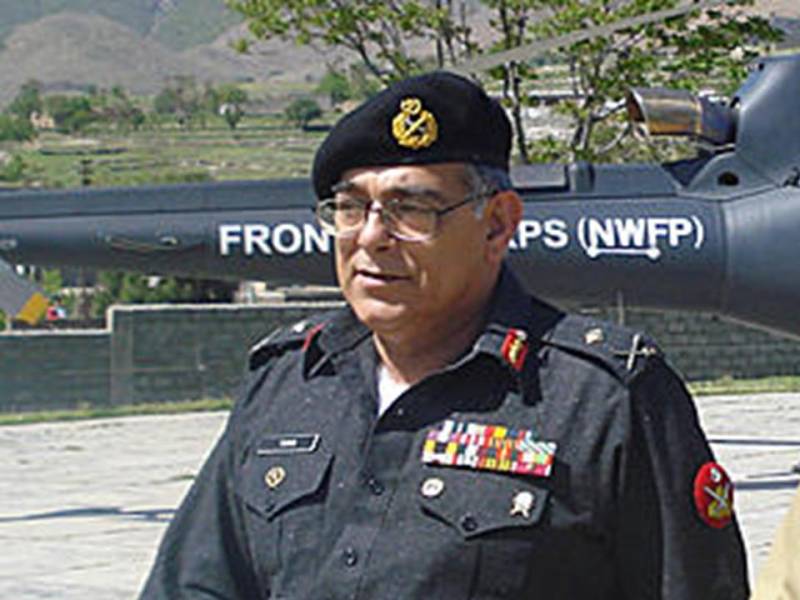 In an interview with Dunya News, the former corps commander gave a befitting reply to seasoned politician Javed Hashmi who accused some individuals in Pakistan Army of conspiring against the govt during 2014 sit in.

The official said: "I never met Imran Khan or told him about raising my finger," while stressing that he did not know the PTI founder personally and had never talked to him.

He said that Javed Hashmi was trying to defame army through his statements which were factually incorrect.

"I do not know any politician nor have I talked to anyone about politics," he added.

Lt Gen (retd) Tariq Khan went on and demanded the concerned officials to take stern action against such statements.

He expressed that democracy was bolstered during the stint of the then Chief of Army Staff General Raheel Sharif adding that allegations about a corps commander colluding with chief justice for some sort of judicial coup were baseless.

The former corps commander maintained that he was unaware why Javed Hashmi was making such claims and suggested that someone was misleading the politician.

On the other hand,  former Chief Justice of Supreme Court Nasir ul Mulk refrained from responding to allegations made by Javed Hashmi.

"I  don't want to comment about this topic," he said after being contacted by Dunya News.

Hashmi, in his fiery statements last week, said that during the sit-in in 2014, disgruntled elements in the army wanted to make Raheel Sharif unsuccessful at any cost, and through Imran Khan, they wanted to destroy the parliament as Imran Khan was frustrated because he didn’t get votes.

“Imran said [former Chief Justice of Pakistan] Tasadduq Jillani would leave and then Nasir-ul-Mulk would come. He would [listen to us] and either dissolve the assemblies. And after that, there would be elections in 90 days. During that time, he said, the Supreme Court will take over and then we [the PTI] will win,” Hashmi alleged.