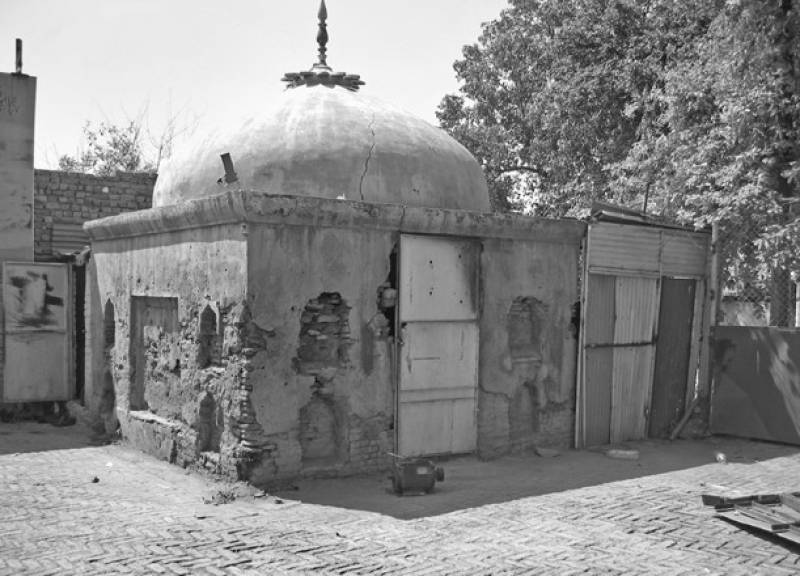 PESHAWAR – The Khyber Pakhtunkhwa government has declared the ancient Hindu religious site of Panj Tirath in the provincial capital as national heritage.

In a notification issued under the KP Antiquities Act 2016 on Wednesday, the Directorate of archaeology asked the KP government to clear the site from encroachments and allow archaeologists to carryout out the much-needed preservation work. The directorate also recommended to the government to eliminate Chacha Younis Park which stands on one of the grounds of this ancient religious site.

Panj Tirath, which got its name from the five pools of water present there, also contains a temple and a lawn with date palm trees. The five pools of the heritage site now come under the ambit of Chacha Yunus Park and Khyber Pakhtunkhwa Chamber of Commerce and Industry.

It is believed that Pandu, a mythical king in the Mahabharata, belonged to this area and Hindus used to come to these pools for bathing during the month of Karteek and worship for two days under the trees.

The site was damaged during the reign of the Afghan Durrani dynasty in 1747; however it was restored by local Hindus during the period of Sikh rule in 1834.

The Hindus in the city blame the government for failing to protect the site. They believe that Hindu from the city and other parts of the province would bring their dead for cremation and it also served as the venue of an annual two-day festival, according to the Tribal News Network.

The KP government has also announced a fine of up to Rs2 million and five years’ imprisonment for anyone found guilty of damaging the historic site.