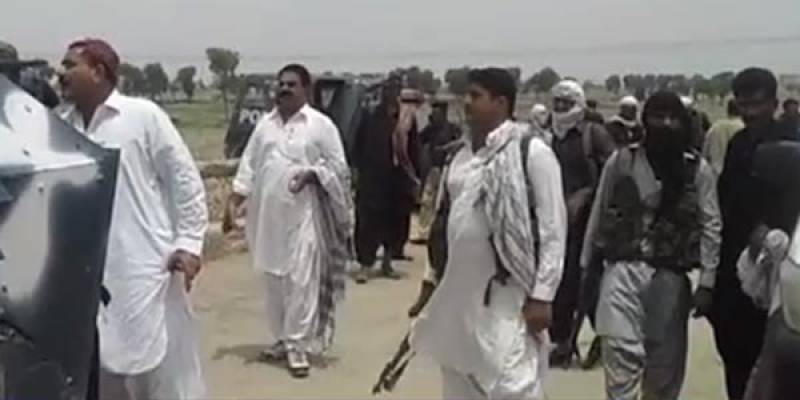 SHIKARPUR - At least 12 people, including a minor girl, were killed when two rival groups attacked each other with rocket launchers and automatic weapons in Shikarpur on Monday.

The incident occurred in Katcha area of Shikarpur district's Khanpur town over an ongoing dispute early on Monday. The clashes took place between Saad Khanani Jatoi and Badani Jatoi groups, ending in a dozen casualties and wounding many others including women and children.

The area presented the view of a battlefield as both parties freely used automatic weapons and rocket launchers while police failed to even enter the area.

The enmity between the two groups supposedly began when two persons belonging to Saad Khanani Jatoi's group were killed in a police shootout and afflicted clan accused the Badani Jatoi group of sharing information with the police.

At least 25 people have been killed over the years in the deadly clashes between the groups, reported Dawn News.