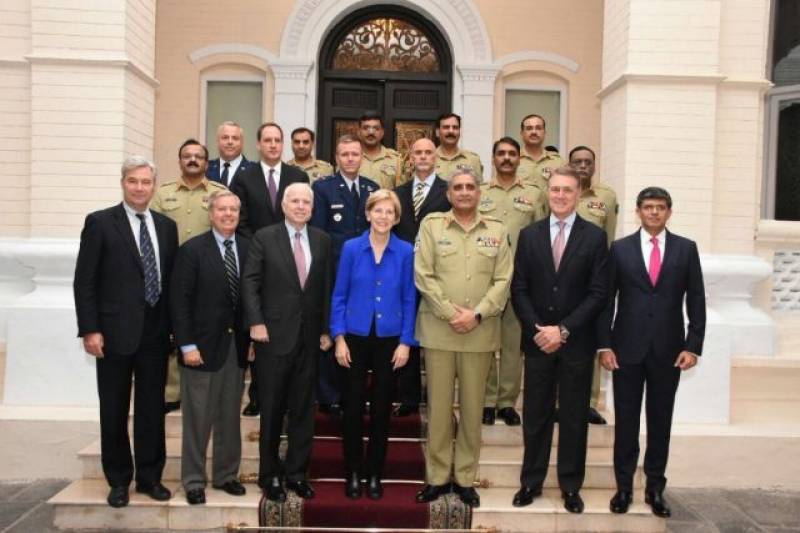 RAWALPINDI - Chief of Army Staff General Qamar Javed Bajwa stressed that security cooperation between Pakistan and US is a key to bring peace and stability to the region.

During a meeting with a visiting delegation of US senate (Armed Services Committee) led by Senator John McCain on Sunday, COAS reiterated that Pakistan has done its best despite constraints and shall continue its efforts for peace and stability, ISPR reported.

"COAS thanked the Senators for the visit and efforts for forging mutual understanding of the Geo-Pol / security situation and challenges ahead," the press release added.

Senator McCain appreciated and acknowledged Pak Army’s contributions and sacrifices in war on terror. The senator also agreed on importance of Pak-Afg security cooperation and coordination