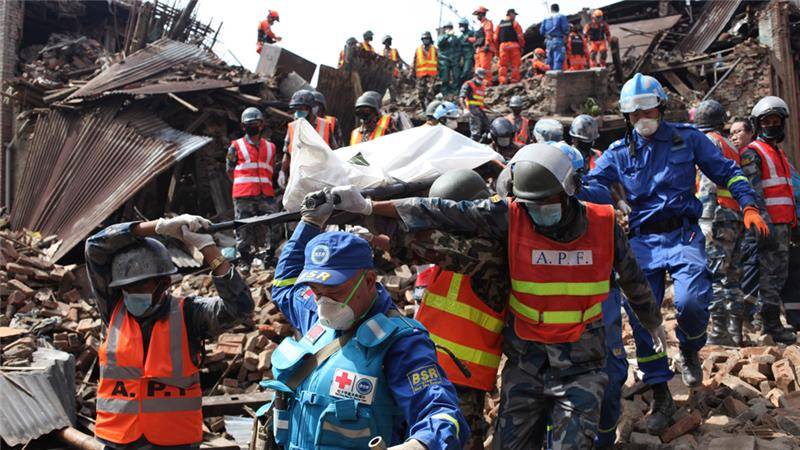 KATHMANDU (Staff Report) – Rescue teams on Sunday claimed that as many as three people including a 101 years old man have been pulled alive from rubble on the eighth day of deadly earthquake in Nepal.

The survivors were found alive in a remote mountainous village as the search operation is said to be in the last stage.

"We are trying our best in rescue and relief work but now I don't think that there is any possibility of survivors," Home Ministry spokesman Laxmi Prasad Dhakal said.

Nepal said 14,021 people were injured in the 7.8-magnitude quake on Saturday.