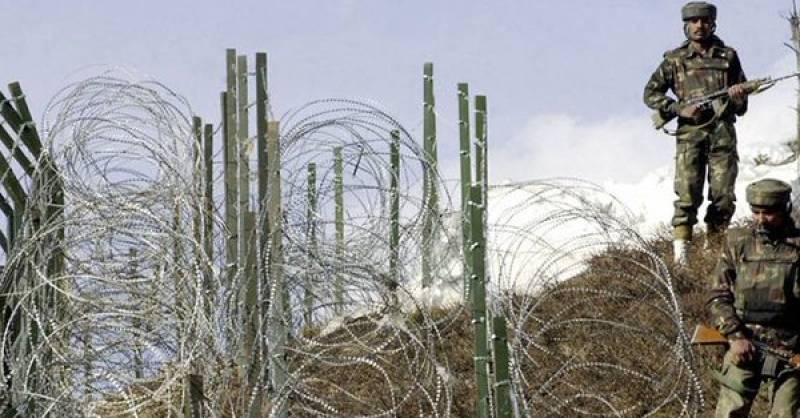 ISLAMABAD - Pakistan on Saturday summoned Indian Deputy High Commissioner over the ceasefire violations by Indian forces across the Line of Control (LoC) in its administered Kashmir, which left a woman dead.

Foreign Office spokesman Mohammad Faisal summoned J.P. Singh and condemned the unprovoked ceasefire violations by the Indian forces, according to a statement.

Munazza Bibi, 22, was killed by an Indian sniper in her home at Lawana Khetar village in Bhimbar Sector on Friday. She was mother of a two-year-old child.

The bullet pierced her head and she died on the spot, according to Pakistani police officials. Her killing has raised the death toll in Azad Kashmir in the ongoing year to 27 — 19 men and 8 women.

“The deliberate targeting of civilian populated areas is indeed deplorable and contrary to human dignity, international human rights and humanitarian laws,” said Faisal, who heads the South Asia wing in the Foreign Office.

“The ceasefire violations by India are a threat to regional peace and security and may lead to a strategic miscalculation,” the Foreign Office statement added.

This year “the Indian forces carried out more than 2,312 ceasefire violations along the Line of Control and the Working Boundary, resulting in the deaths of 35 civilians, while injuring 135 others”. Apart from them, another 146 — 77 men and 69 women — have sustained injuries.

Faisal urged the Indian side to respect the 2003 ceasefire arrangement and investigate the incidents of truce violations, said an official statement.

He stressed that New Delhi should permit UN Military Observer Group in India and Pakistan to play its mandated role as per the UN Security Council resolutions.

In May this year, the Directors General of Military Operations (DGMOs) of India and Pakistan had agreed to undertake “sincere measures” to improve the existing situation, ensure peace and avoid difficulties for civilians living close to the LoC and the Working Boundary.

They had also agreed to fully implement the ceasefire understanding of 2003 in letter and spirit and ensure that the ceasefire would not be violated by both sides.

However, ceasefire violations and sniper attacks have not stopped despite the agreement.