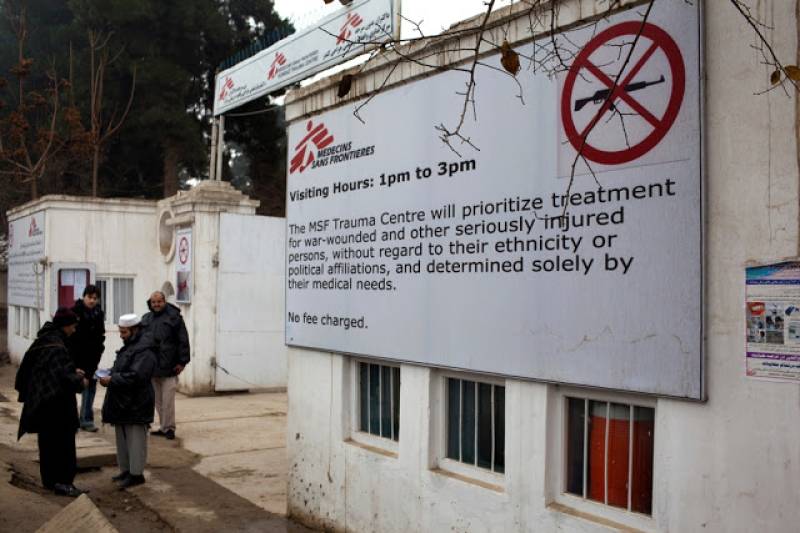 KABUL (Web Desk) - The medical charity MSF has condemned "in the strongest possible terms" deadly air strikes on its hospital in the Afghan city of Kunduz.

Medecins Sans Frontieres said at least nine of its staff were killed in the attack. Many are unaccounted for.

It said the strikes continued for more than 30 minutes after US and Afghan authorities were told of its location.

The US military on Saturday acknowledged it could have been responsible for an air strike that hit a hospital run by medical aid group MSF in the Afghan city of Kunduz, killing at least nine people and leaving more than 30 missing.

Fighting has raged around the Afghan provincial capital this week, as government forces backed by American air power seek to drive out Taliban militants who seized the city in the biggest victory of their nearly 14-year insurgency.

US forces launched an air strike at 2.15 a.m. (5.45 p.m. EDT Friday), the spokesman, Col Brian Tribus, said in a statement. "The strike may have resulted in collateral damage to a nearby medical facility," he added. "This incident is under investigation." 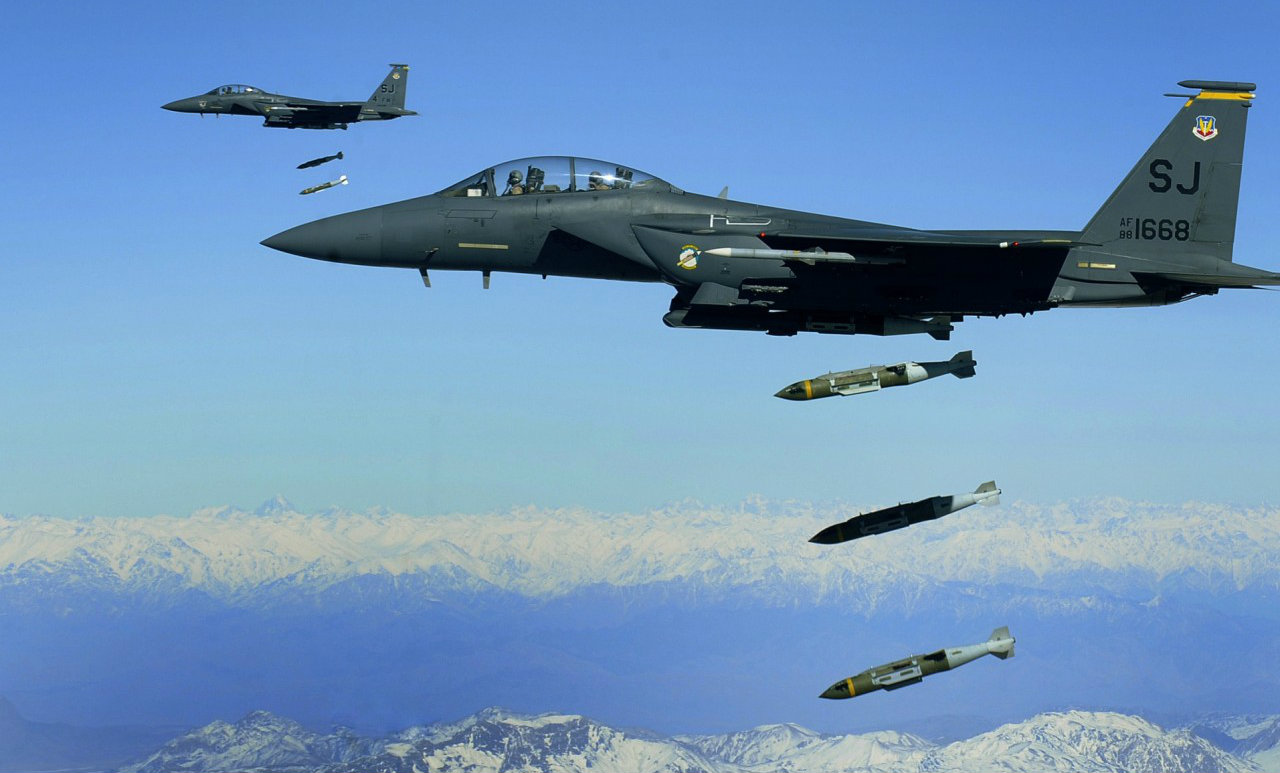 A wall of the hospital's main building collapsed, scattering fragments of glass and wooden door frames, while three rooms were on fire, said Saad Mukhtar, director of public health in Kunduz.

"Thick black smoke could be seen rising from some of the rooms," Mukhtar said after a visit to the hospital. "The fighting is still going on, so we had to leave."

MSF said it did not have complete details of casualties in the incident, at a time when almost 200 patients and employees were in the hospital, the only one in the region that can deal with major injuries.

"We are deeply shocked by the attack, the killing of our staff and patients and the heavy toll it has inflicted on healthcare in Kunduz," the aid group's operations director, Bart Janssens, said in a statement. 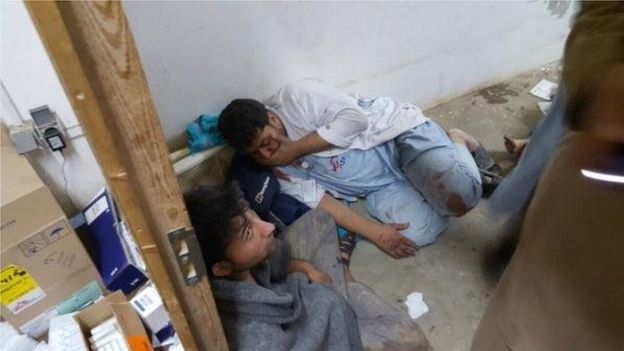 Hospital staff were treating the injured, it added. 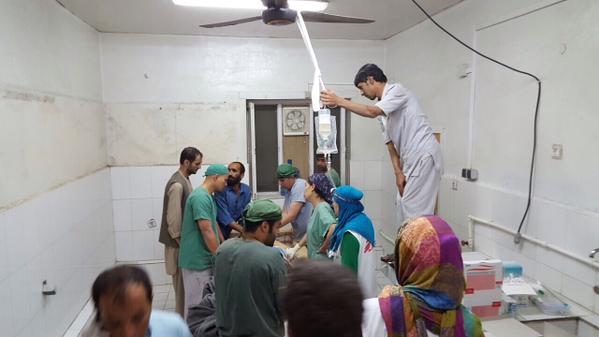 Taliban spokesman Zabihullah Mujahid said the US air strikes targeted the hospital and had killed patients, doctors and nurses. None of its fighters was a patient in the hospital, the militant group said.

The US military has unleashed several air strikes this week in support of government forces in the city, where Taliban fighters were still holding out against Afghan troops on Friday. 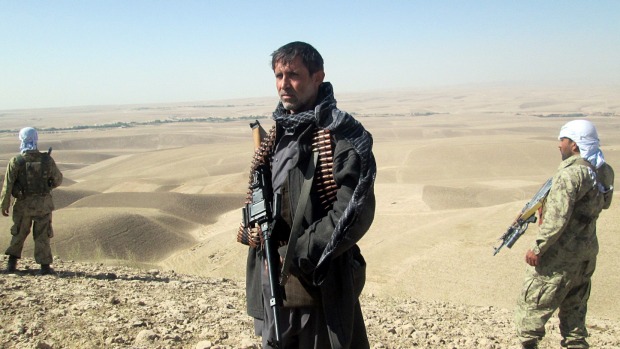 The hospital was on the frontline of the increasingly bloody conflict, with fighting outside its gates, its chief, Dr Masood Nasim, said this week.

The sound of shelling, rockets and fighter jets could be heard overhead, Nasim added, with stray bullets finding their way through the roof of its intensive care unit.

MSF said it had treated almost 400 patients in the 150-bed hospital since fighting broke out in Kunduz six days ago, most for gunshot wounds suffered in crossfire.

So many patients have flooded the hospital that it has had to accommodate them in offices and mattresses on the floor.

Taliban leader Mullah Akhtar Mansour had described the seizure of Kunduz as a "symbolic victory".

Kunduz, with a population of around 300,000, is one of Afghanistan's largest cities and strategically important both as a transport hub and a bread-basket for the region.

Nato's Resolute Support Mission, which was launched in January 2015, consists of more than 13,000 troops from 42 countries. The US contributes around half of these.