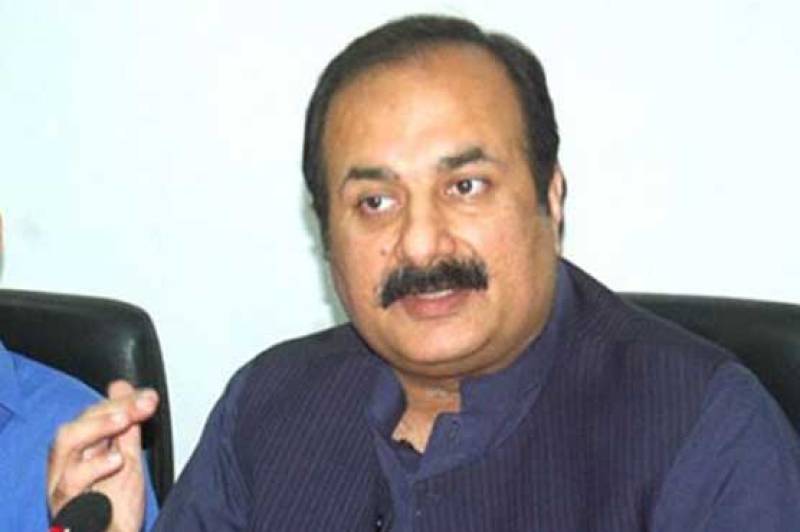 LAHORE – Former provincial minister Rana Mashhood's party membership has been suspended owing to his controversial statement in which he has said PML-N has struck a deal with the establishment.

LAHORE – Former Punjab minister Rana Mashhood on Tuesday explained his position over his statement over the ...

“Raja Zafar-ul-Haq, Ayaz Sadiq and Rana Tanveer will be the committee members. They will submit a report with its recommendations within two weeks,” Aurangzeb added.

"A decision regarding Mashhood will be taken based on the committee's inquiry report," she maintained.

A day earlier, Mashhood while speaking to Geo News had hinted the provincial government changing hands from the PTI to the PML-N and said that matters between the party and establishment had improved.

However, the PML-N had distanced itself from Mashhood's statement and Director General of Inter-Services Public Relations (ISPR) Major General Asif Ghafoor had expressed disappointment and said that the attribution of a vested statement by the PML-N leader was baseless.