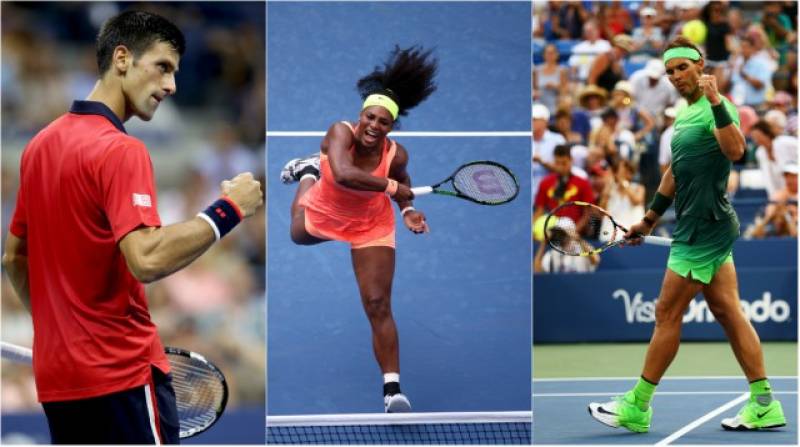 NEW YORK (APP) - World number one Serena Williams shook off a woeful start Wednesday to advance her quest for tennis history while Novak Djokovic and Rafael Nadal joined her in the third round of the US Open.

“I just kept fighting for each point, not for a lot but just one at a time,” Williams said.

“I had been pretty relaxed. Today I was a little tight. I think it showed. Hopefully I can get back to where I was before.”

The 33-year-old American, trying to match Graf’s Open Era record of 22 career Slam singles titles and win an Open Era-record seventh US Open crown, improved to 50-2 on the year with her 30th Slam match win in a row and sustained her march toward history.

The reigning Australian Open and Wimbledon champion, whose only US Open title came in 2011, won 14 of the final 17 games.

“From that 4-all moment, I played really well,” Djokovic said.

Williams broke back to level at 5-5 in the first set but double faulted four times in the 11th game before holding, then fell behind 4-0 in the tie-break before rallying largely on Bertens’ unforced errors.

“It definitely doesn’t worry me, being down a lot,” Williams said. “I know I can make a comeback, make a run for it.”

But her form was so shocking that Williams ran to the practice courts to work on serves after the match.

Next up for Williams will be fellow American Bethanie Mattek-Sands, who beat compatriot CoCo Vandeweghe 6-2, 6-1.

“I’ll have to play a little better if I want to win,” Williams said.

Nadal was down 5-4 in the first set tie-breaker before battling back against Schwartzman.

“Happy to be through,” Nadal said. “Was a tough battle. I feel lucky to be through…. To take that first set was very important to me.”

“It’s sort of unreal. I was working all my life to win a Grand Slam and now I’m working to defend one,” Cilic said.

“I’m very happy I’m in the third round,” said Ferrer. “It’s a nice comeback playing on these courts.”

Serena Williams could reach a Grand Slam singles final without facing a top-10 rival for the first time in her career, but her quarter-final foe could be 35-year-old sister Venus or Swiss 18-year-old Belinda Bencic, who inflicted Serena’s most recent defeat.

“I’m just happy I could turn it around,” she said.

“She played really well in the tie-breaker,” Venus Williams said. “In the third set I had a lot more clarity.”

“Fingers crossed it could happen. If it does happen I could come out and have some fun at my home Slam,” Keys said.