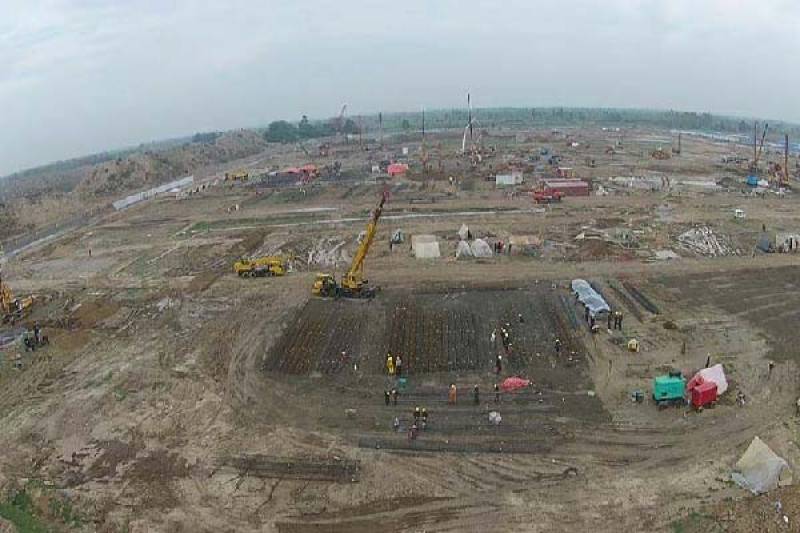 To a question, he said the plant could be operated both on gas and diesel.However RLNG (Re-gasified Liquefied Natural Gas) would be its prime fuel,and the plant would generate maximum electricity with minimum fuel consumption due to use of fuel-efficient and environment-friendly H-9 gas turbine technology with 61 percent efficiency.

He mentioned that Sui Northern Gas Pipeline Limited (SNGPL) was laying the pipeline to supply RLNG to the plant site, and the task would be completed soon.”Balloki Power Project is an excellent example of deep-rooted Pak-China friendship”,he elaborated.

To a query, he said the generated electricity would be evacuated from the power plant through 500KV Grid Station being constructed by National Transmission and Dispatch Company (NTDC) in nearby area of New Lahore.

To another question, he said that the project was started in November 2015 under fast-track power generation policy of the government, and overall 30 percent work had so far been completed that included 50 percent civil and 18 percent electro-mechanical work, while power generation equipment/machines and gas turbines would start reaching the project site by next month.

Aslam Butt highlighted that Balloki Power Plant was a joint-venture of Harbin Electric International Company (HEIC) China, and Habib Rafique Private Limited Pakistan,adding that HEIC was working on the electro-mechanical components and Habib Rafique was completing civil works of the projects, whereas NESPAK was providing consultancy services.

The project was being executed according to its schedule, he said, and added that 2160 strong workforce, including 280 engineers and supervisors had been working in three shifts 24/7 on various components- switchyard, water treatment plant, central control room, two fuel tanks of 2000 cubic meter capacity each, cooling tower, gas turbines, steam turbine, boilers, warehouse, mechanical services building and others to ensure timely completion of the power project sprawling over 132 acres of land.

The plant machinery was being shipped to Karachi from various destinations and these would be reaching the project site by October this year, he informed.

Further detailing work progress, the Acting GM said that a 3.7 kilometer direct-access road to the plant site from Main Multan Road was in final stage, asserting that this road would be important in transportation of machinery, transformers and other electro-mechanical equipment to the site during the construction phase, and on completion/operation it would provide easy approach to fuel carriers and transportation of other related materials to Balloki Power Plant.

While quoting HEIC Project Manager Mr. Fang, Acting GM Aslam Butt said some of the world’s best and latest technologies were being adopted for the power plant to generate maximum electricity with minimum fuel.

He expressed the confidence that this would be completed within the stipulated time period.

Citing project details,Habib Rafique Private Limited Pakistan’s Project Director Farrukh Alvi said that civil works were underway at a fast pace, and hoped that they would achieve substantial progress on this count within next 5 to 6 months.

Alvi added that international standards were being kept well in view at every level/component of the power project,besides ensuring foolproof security and worker safety standards. “Prime Minister Nawaz Sharif laid the foundation stone of the project in November 2015 and ever since,three shifts of engineers, supervisors and labourers have been working 24/7 for project completion in given timeframe”.