Meet the policeman who gave his life to stop Mardan attacker 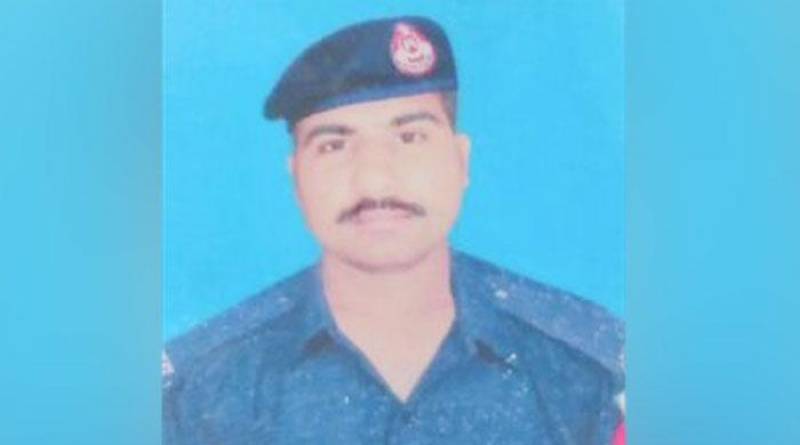 MARDAN (Web Desk) - Twin blasts in Mardan yesterday that took 13 lives could be more disastrous had a valiant Constable Junaid Khan not acted wisely to sacrifice his life.

Junaid Khan who was performing his duty on the gate of District Courts Mardan spotted the bomber and gun fired him. His prompt response saved many precious lives although he had to give up his life in the line of duty.

Resident of Multan, Twenty-four-year old Junaid  had joined the police force in 2012. He was a dedicated official and his dedication and commitment prevented  a large-scale massacre on Friday.

As soon as the news of his death made waves across the country, condolence message poured in to pay homage to the undaunted official.

PoliceAwam, a portal for strengthening ties between Police and masses also took to twitter to salute the brave officer.

Today, policeman Junaid Khan sacrificed his life & prevented what could have been a large-scale massacre in #Mardan. pic.twitter.com/fKDoWiVuEz