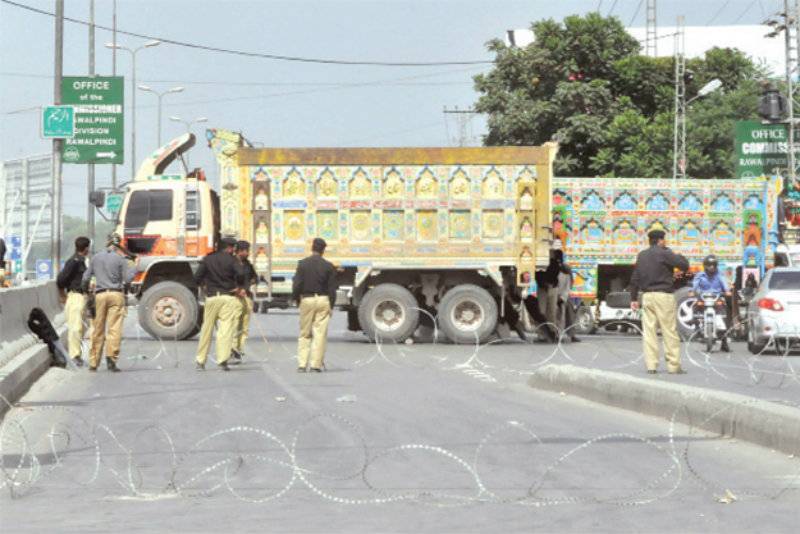 RAWALPINDI - A pregnant woman died inside an ambulance stuck at Marirah Chowk, after the vehicle was not allowed by the police to move ahead.

This is one of the unfortunate incidents occurred in the cities of Rawalpindi and Lahore where people suffered a lot after several thoroughfares were sealed with containers.

The identity of the deceased could not be ascertained immediately.

In an absurd move for security for the rallies of Pakistan Tehreek-e-Insaf and Pakistan Awami Tehreek scheduled for Saturday evening, the provincial police have sealed all the leading roads in both cities. 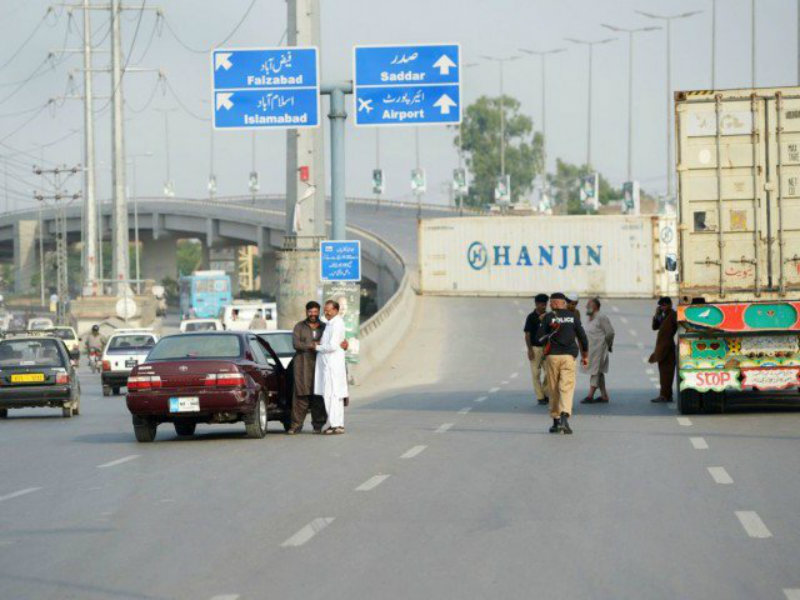 The main Murree Road is completely blocked, causing great distress for the residents.

Several ambulances were seen stranded on Murree Road due to the roads sealed with containers.

With metro bus services seized in Rawalpindi and Islamabad, the government has deployed thousands of policemen in the twin cities to avert any untoward situation.

In Lahore, situation is even worse at Shahdara and Mall Road where people were seen begging police to allow them reach hospitals.

As part of security arrangements, the authorities have closed road from Shahdara to Mall Road with shipping containers.

Mayo Hospital and Punjab Institute of Cardiology, the two main hospitals of Lahore, are located on the roads closed for PTI rally.

PTI plans to begin its ‘Pakistan March’ from Shahdara, northern suburb of Lahore, by midday and move inside the city with three stopovers culminating at Chairing Cross in front of the Punjab Assembly building.

The party will also take out a rally from Rawalpindi’s Liaquat Bagh, and will culminate at Murree Road where a public meeting will be held.

PAT chief Dr Qadri is expected to leave Lahore this evening for Rawalpindi to demand justice for families of the Model Town victims.