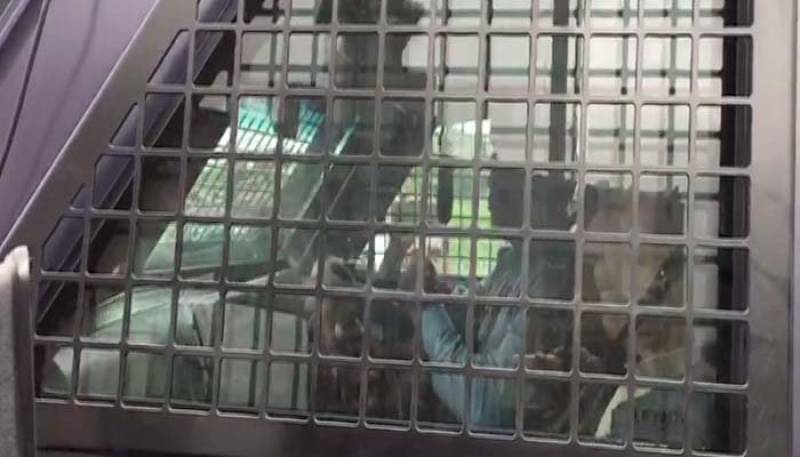 ISLAMABAD - An accountability court resumed the hearing of the Al-Azizia Mills and Flagship Investment corruption references against former premier Nawaz Sharif on Monday.

The former premier was transported from the Adiala prison to the accountability court in the federal capital amid tight surveillance.

As the hearing started, Khawaja Haris' assisting lawyer informed the court that Nawaz' lawyer was busy in the Islamabad High Court, where a petition is fixed for hearing in the division bench today.

Accountability court II Judge Arshad Malik inquired about the commencement time of the IHC hearing to which, the assisting lawyer responded by saying that the division bench starts hearing cases at 11 am.

The former premier was sentenced to 10 years in prison in the Avenfiled reference while his daughter Maryam was asked to spend 7 years behind bars.

The Sharif family has moved the Islamabad High Court (IHC) challenging the conviction in the reference pertaining to the upscale London flats.