Reach out to families of martyrs, urges DG ISPR as Defence Day nears 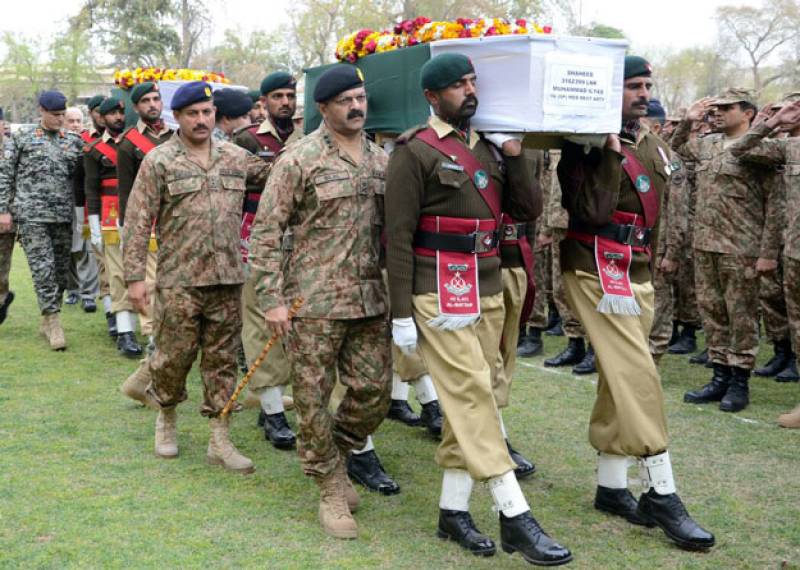 RAWALPINDI - The Director-General of Inter-Services Public Relations (ISPR), Maj Gen Asif Ghafoor urged on Tuesday that the families of martyred should be reached out on Defence and Martyrs Day.

Defence and Martyrs Day 6 Sep 2019. Like last year, let’s reach out to families of our shaheeds. Every shaheed be remembered.

“Defence and Martyrs Day 6 Sep 2019. Like last year, let’s reach out to families of our shaheeds. Every shaheed be remembered,” the ISPR DG tweeted.

City Traffic Police (CTP) Rawalpindi have finalized traffic arrangements for Defence Day of Pakistan which would be observed on Friday (Sept 6).

Under the traffic plan evolved for the day, the Mall Road would be closed from 5 am to conclusion of the special programme on Friday.

As many as 34 traffic assistants, 129 warden officers, 12 inspectors along with six Deputy Superintendents of Police would be tasked with special duties to regulate traffic on alternate routes and ensure smooth flow of traffic on various city roads, he added.

He said he would personally monitor traffic arrangements. The Mall Road, T&T Chowk to Shalimar Chowk, Kashmir Road, T&T Chowk to Chungi 22, Tameezuddin Road, PC Hotel turn to CSD, Tufail Road and GHQ gate number 3 to Chungi 22, Iftikhar Janjua Road, University Chowk near EME Mess to GHQ and Masood Akhtar Kiani Road would remain closed for traffic from 5 am until the conclusion of the function at GHQ.

The traffic plan would also be implemented on Sept 4 during full dress rehearsal, he added.

He told traffic coming from Westridge side would be moved towards Mall Road, Haider road. Whereas vehicles from MH would be diverted towards Railway Road and Haider Road. While traffic from MH to Kutcheri Chowk would be turned towards Kamran Market, Kashmir Road, Mareer Chowk Traffic from Military Accounts Office would not be allowed to move towards Railway Road or Saddar. Moreover, vehicles coming from Chungi No 22 towards CMH or GHQ would not be allowed to move and would be directed to use alternative routes.

All vehicles moving on Murree Road to TM Road would be diverted on Lasania U-turn towards Saifullah Lodhi Road. Vehicles coming from Tufail Road could use Tameezudin Road for going to CMH, Harley Street and Dheri Hassanabad, Lalazar and Adiala, he said.

The CTO informed that the citizens, in case of any difficulty can contact Traffic police Helpline 051-9272616.