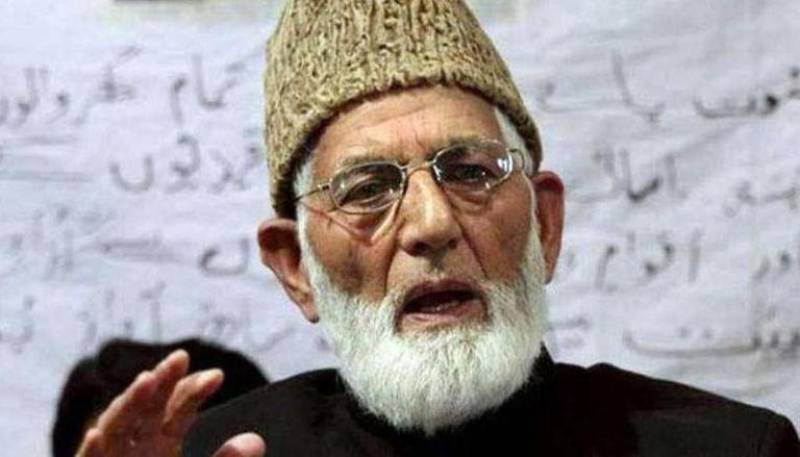 It was conveyed that the Indian Occupation Forces’ shameless act of snatching the body of Syed Ali Shah Geelani from his family and disallowing his burial according to his will, was in blatant violation of International Humanitarian Law and all tenets of civil and human rights, FO said in a statement.

Indian Occupation Forces have repeatedly resorted to indiscriminate use of force against Kashmiris protesting against their inhuman conduct. In the likely event of the situation spiraling out of control and based on India’s irresponsible behavior in similar situations in the past, there are possibilities of India stage-managing some mischief in the Occupied Territory to divert world attention and to apportion blame on Pakistan or Kashmiri Hurriyat leadership for its own indefensible actions in the Indian Illegally Occupied Jammu and Kashmir (IIOJK).

It was emphasized to the Indian diplomat that India must refrain from any missteps that might further jeopardize regional peace.

He was reminded of Pakistan’s consistent stance that the Government of India must immediately lift the illegal military siege in IIOJK, desist from measures to change the demographic structure of the Occupied Territory, withdraw its over 900,000 occupation troops and cease all human rights violations in the IIOJK forthwith.

Indian Cd’A was conveyed Pakistan’s principled position that lasting and durable peace in the region was contingent on the peaceful resolution of the Jammu and Kashmir dispute in accordance with the relevant UNSC resolutions and the wishes of the Kashmiri people.