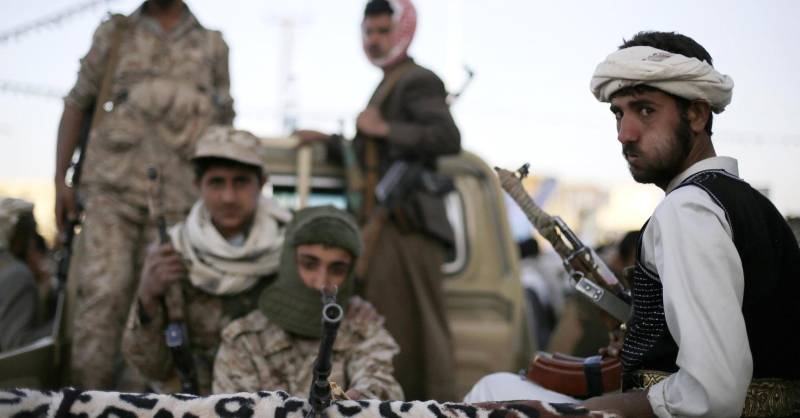 The Hadi loyalists have been aided by air drops of arms and communications equipment from a Saudi-led coalition that is also carrying out air strikes.

In the south-east another port city, Mukalla, fell to al-Qaeda militants, who seized a military base.

Meanwhile, two Saudi soldiers have been killed guarding the border with Yemen.

Over the past two weeks, fighting in Yemen has left more than 500 people dead and some 1,700 wounded, UN humanitarian chief Valerie Amos has said.

The UN Security Council is due to meet on Saturday to discuss a Russian proposal for a pause in the Saudi-led campaign.

This week, the Shia Houthi rebels pushed through to the heart of Aden using tanks and armoured vehicles.

But on Friday they were forced from the Crater neighbourhood and the presidential palace they had overrun the day before.

Meanwhile, a military base and the port of the south-eastern port city of Mukalla were taken over by al-Qaeda militants. It happened a day after fighters broke into the town's jail freeing prisoners.

A military official said al-Qaeda "took the headquarters of the 2nd Military Region in the afternoon without resistance".

Mukalla is the provincial capital of the country's largest province, Hadramawt, which has a long stretch of border with Saudi Arabia.

Hadramawt's governor, Adel Ba-hamed, said Mukalla's fall was part of a "scenario aimed at dragging the province and its residents'' into the chaos across Yemen.

The death of two Saudi border guards followed the announcement of the first Saudi casualty - a soldier shot from the Yemeni side of the border in the same area, the Asir region - on Thursday.

Saudi Arabia has 150,000 troops and 100 warplanes assigned to assist Yemen, according to a Saudi adviser. It began air strikes in Yemen on 25 March.

The Saudi government says the aim of its operation is to protect President Hadi's "legitimate government". It says it has no plans to deploy ground forces for now.

Supporters of former president Ali Abdullah Saleh staged a demonstration against the airstrikes in the capital, Sanaa, on Friday.

So far, more than 1,000 Indians are back from Yemen but many still remain stranded. They were part of evacuees who were brought to Djibouti from Sanaa earlier in the day today.