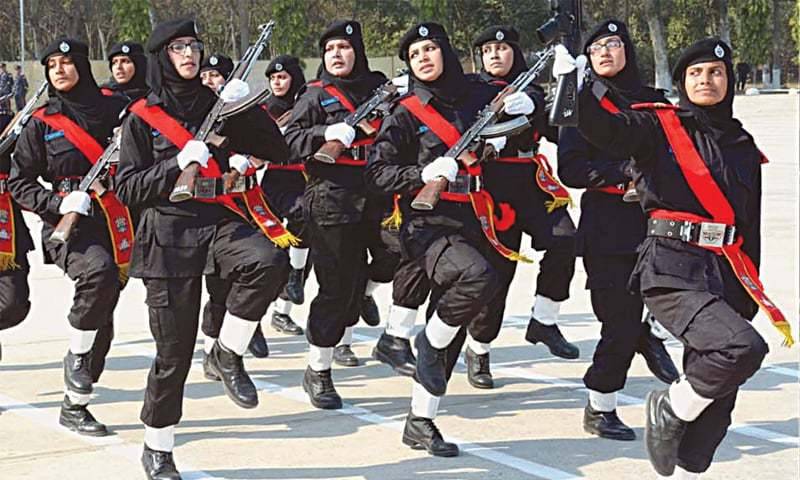 LAHORE (Web Desk) - A second batch of Counter-Terrorism Force (CTF) Punjab, including women, passed out on Saturday in Lahore.

Punjab Chief Minister Shahbaz Sharif was the chief guest of the occasion.

Addressing the passing out parade, the chief minister said Pakistan is presently standing on a cross-road, facing a make or break situation. However, the nation is confident that it will win the war against terrorism, he added.

“We are proud of this force, which is playing an effective role in battling the menace of terrorism,” he held.

Earlier, the counter-terrorism personnel took oaths of their responsibilities.