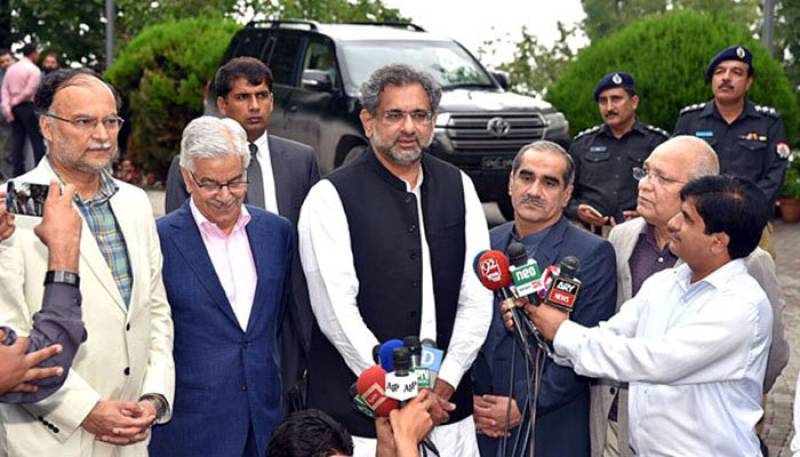 ISLAMABAD - The members of the new federal cabinet of Prime Minister Shahid Khaqan Abbasi on Friday took oath at Aiwan-e-Sadr in Islamabad.

President Mamnoom Hussain administered the oath, while Prime Minister Abbasi was also present on the occasion.

On the other hand, Danyal Aziz did not participate in the ceremony due to reportedly some difference with the party.

Following the oath-taking, the first session of the cabinet will be chaired by Prime Minister Shahid Khaqan Abbasi.

Abbasi selected his cabinet members after holding discussions with ousted prime minister Nawaz Sharif and PML-N leaders in Murree during the past days.

The previous cabinet was dissolved after the Supreme Court on July 28 disqualified Nawaz Sharif for concealing his job with Capital FZE.