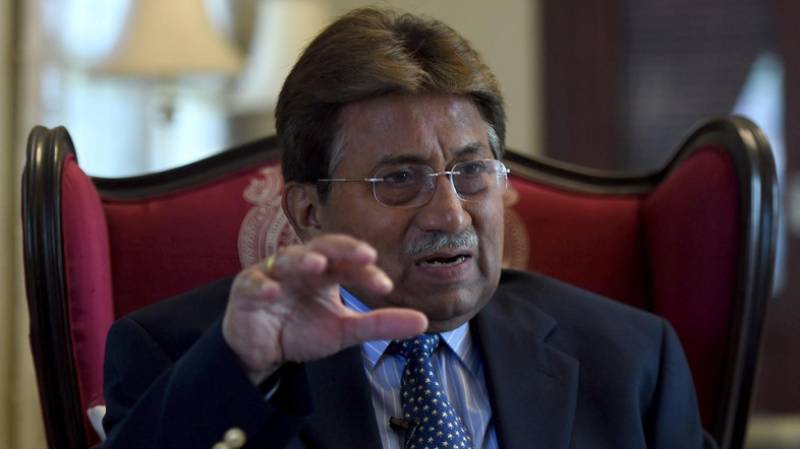 WASHINGTON - Former Pakistani President, Pervaiz Musharraf sought the support of US bigwigs to bring him back to power so he could fight militancy and thwart the menace of terrorism.

In a leaked video which apparently dates back to 2011 - when US Navy Seals launched operation Neptune Spear to hunt Osama bin Laden - Musharraf can be seen interacting with Jack Rosen, an American lobbyist and Chairman of the powerful American Jewish Congress.

In the 29-second video clip, Rosen asked the former Pakistani president and military dictator, “what do we have to change so that our money is used in a positive way to protect Americans from terrorism, from radical Islam [and] from Al-Qaeda. What’s gonna do that for us.”

To this, Musharraf replies: All I’m saying is, I have certain credentials from the past. I need to come [to power] again and I need to be supported not overtly but in a covert manner so that we win again.

Though a few of the social media users claim that the video is recent, another clip has also gone viral in which Musharraf can be seen admitting the 'negligence of Pakistan's top spy agency, ISI in a reference to its conduct regarding the presence of former al-Qaeda chief, Osama bin Laden in Abbottabad.

The emergence of videos has stirred a debate on social media whether the politicians only need to be held accountable for their underhand dealings with foreign dignitaries or the all-powerful military men also need to be monitored thoroughly, after their retirement.