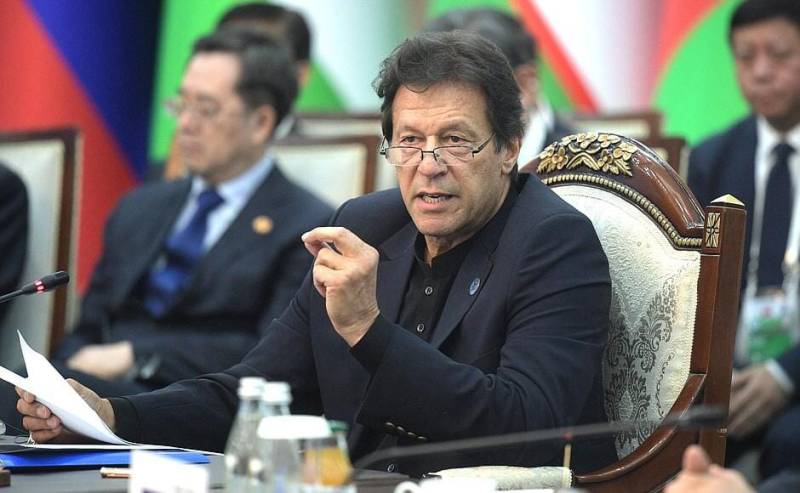 ISLAMABAD - Prime Minister Imran Khan condemned the aggressive actions taken by India recently along the Line of Control, warning of a regional crisis these actions could lead to.

In a series of Tweets on Sunday, the premier deplored the use of cluster munitions in violation of 'international humanitarian law and it's own commitments under the 1983 Convention on Certain Conventional Weapons'.

The premier asserted that people in Kashmir should be allowed to exercise their right to self-determination according to United Nations Security Council resolutions.

It is time to end the long night of suffering for the people of Occupied Kashmir. They must be allowed to exercise their right to self determination according to UN SC resolutions.The only road to peace & security in South Asia runs through a peaceful & just settlement of Kashmir

Pakistan's premier said it was time to end the long night suffering of the people in Kashmir; the premier also referred the offer extended by US President, Donald Trump to mediate on the issue.

President Trump offered to mediate on Kashmir. This is the time to do so as situation deteriorates there and along the LOC with new aggressive actions being taken by Indian occupation forces. This has the potential to blow up into a regional crisis.

The comments came ahead of National Security Committee meeting, chaired by the prime minister in which the fresh violence unleashed by India would come under discussion.

According to the Inter Services Public Relations (ISPR), the Indian army on the night of 30th and 31st July targeted innocent citizens including women and children in Neelum Valley through artillery using cluster ammunition.