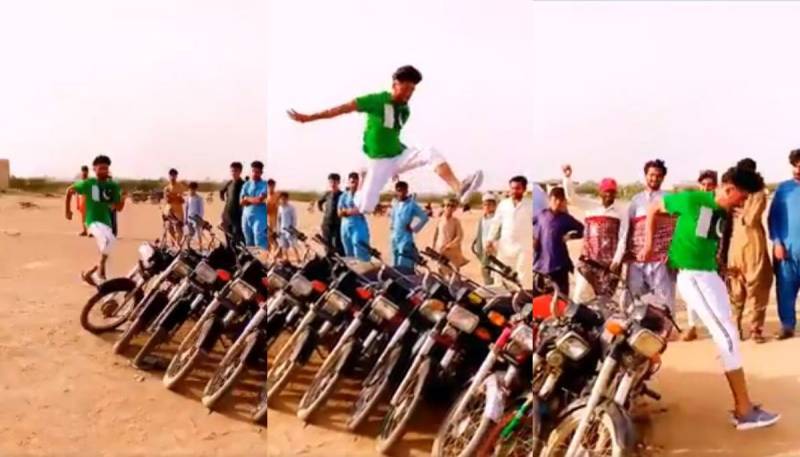 KARACHI – A Pakistani fisherman’s viral jumping video is taking the internet by storm, wherein he can be seen jumping over 11 motorcycles in a single leap.

Asif Machliwala, who hails from Thatta area of Sindh, has become a new sensation with some hoping that he is an emerging talent of Pakistan.

Asif Machliwala from Thatta, who's also a young fisherman, can be seen jumping over 11 motorcycles and landing on his feet. pic.twitter.com/YdVkxze2R4

Asif, who has over 1.2 million followers on his TikTok account, wrote in a post, ““Insha Allah I will make Guinness World Record on my name, I will make Pakistan proud… Long Live Pakistan ????????????????

The talented boy said that he has been jumping for the sake of fun, besides believing that he can easily cover 25-feet area in single jump.

In the viral video wherein he jumped over the 11 bikes is believed to be over 23 feet.

Number of actors and other celebrities poster her video, hailing his talent.

Reports said that Pakistan athletics federation has called the young boy from Thatta to Lahore for further training.