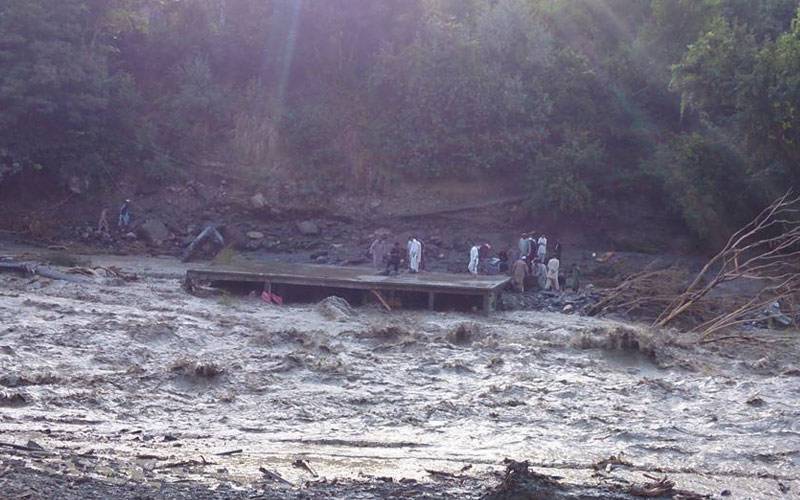 PESHAWAR - The Provincial Disaster Management Authority (PDMA) Khyber Pakhtunkhwa on Monday directed the district government to use Rs 15 million in relief funds for the quick and speedy assistance of flood affectees in the Urson valley.

So far, 29 people have lost their lives in the floods while 13 persons including eight security personnel are still missing.

As many as 19 houses were completely destroyed while 27 houses were partially damaged in the floods.

The dead bodies of 16 victims, including three security personnel.

The report also noted that a considerable number of irrigation canals and water supply schemes had also been damaged.

It also assured that compensation checks would be distributed among the affected populations today.

The Chief Minister has released Rs 50 million to provide food and other necessary items for affected people.

The Deputy Commissioner Chitral along with the delivery and relief team has visited the affected area and distributed 50 tents, 150 quilts, 200 mats and 40 cooked food items among the flood-hit population.

Rescue, backup and search operations are underway in the affected area, in which personnel of the Pakistan Army and the district administration, alongside the National Disaster Management Authority and PDMA are playing a role.

The PDMA has requested NDMA to lend it helicopters for immediate relief provision. The Chief Minister has also placed his official helicopter at the disposal of the PDMA.