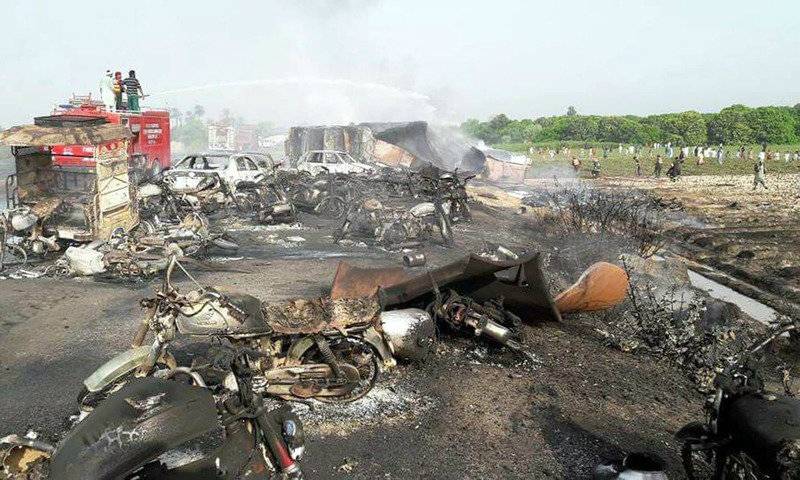 LAHORE - The death toll from an oil tanker explosion in Ahmedpur East area of Bahawalpur last month has risen to at least 205 people as more victims succumbed to their injuries on Monday.

The tanker carrying 40,000 litres of fuel overturned after trying to make a sharp turn while travelling from Karachi to Lahore on the main highway on June 25.

It exploded minutes later as crowds from a nearby village gathered to scavenge for fuel, despite warnings by the driver as well as motorway police to stay away. 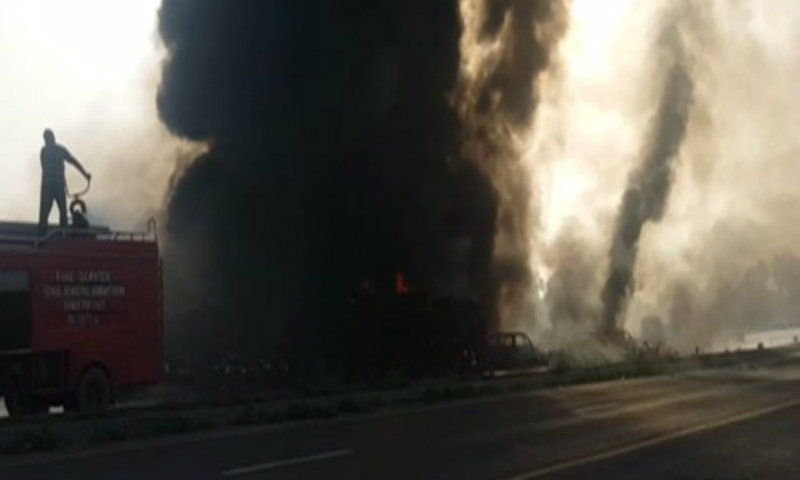 It is believed that a spark from the many cars and motorcycles that raced to the scene ignited the fuel.

Asim Bukhari, a doctor at Bahawalpur 's Victoria Hospital, put the toll at 206 after a new death later on Monday, though that was unconfirmed by government authorities.

Motorway police spokesman Imran Shah has said that a government inquiry into the incident had found at least five police officials guilty of hiding information.

At least six cars and 12 motorcycles were burnt in the blaze. 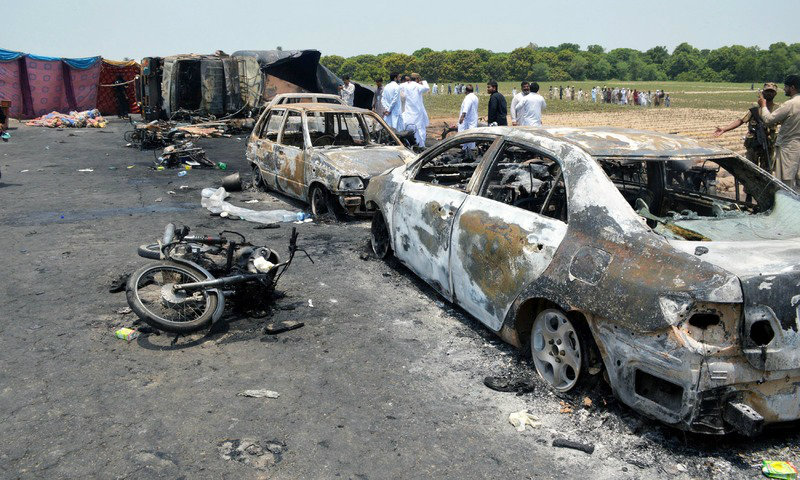 The fire brigade arrived on the site of the incident shortly after the blaze started and rescue operations were initiated.

Firefighters fought the flames for over two hours before extinguishing the fire.

The injured were transferred to District Headquarters Hospital and Bahawal Victoria Hospital, rescue officials said. They added that all bodies were removed from the site of the incident and only the damaged vehicles remained.

Nearly a hundred of the injured were airlifted to Multan , Lahore and Faisalabad for burn treatment at the leading hospitals. 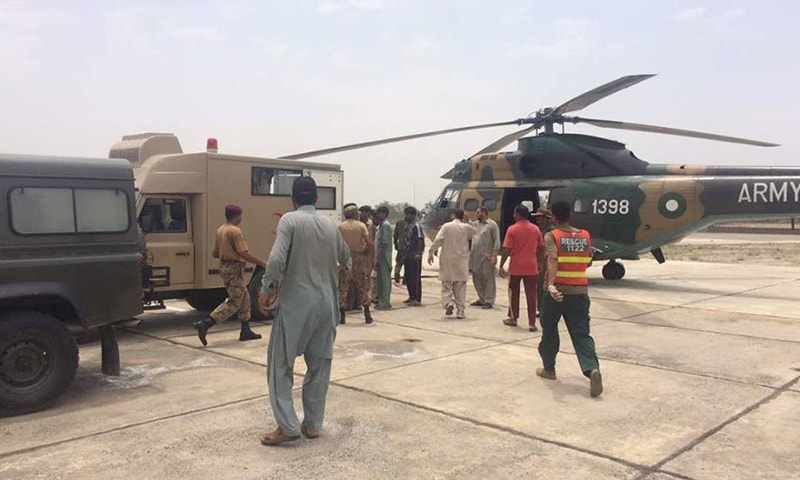 Army helicopters were used to transport 51 injured people from Bahawalpur to Nishtar Hospital in Multan .

The tragedy marked a grim start to Eid , the celebrations closing the Muslim holy month of Ramazan .

LAHORE - This year's Eid celebrations have been eclipsed by the Ahmadpur Sharqia oil tanker incident, which claimed ...

Pakistan has a poor record of fatal traffic accidents due to poor roads, badly maintained vehicles and reckless driving.