Swara Bhasker: My goodwill towards the people of Pakistan remains unchanged 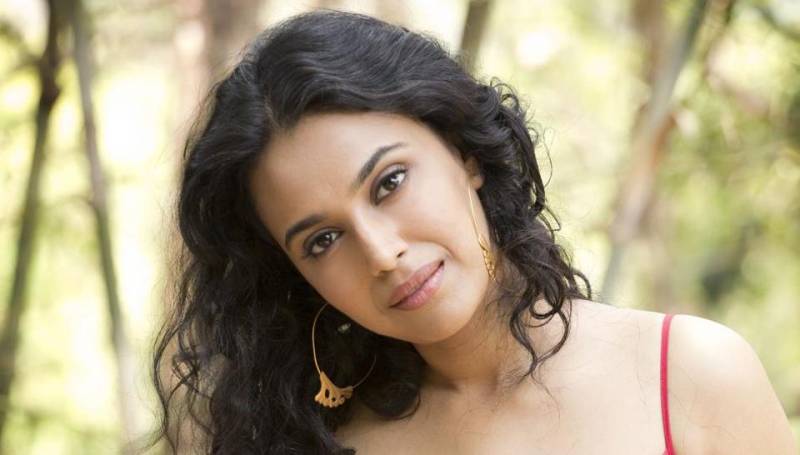 MUMBAI - 'Veere Di Wedding' actor Swara Bhaskar made the headlines when she called Pakistan a 'failing state' in response to the ban on her movie, adding that India should stop making it a point of discussion.

"I don’t know why people think I’m a spokesperson for the Pakistani government,” she said. “What do you expect from a state that’s run by Sharia Laws?"

Pakistan is the country that you @ReallySwara referred to,in 2015, as the “Best country you have ever visited” and it has only gotten better in the last few years in every aspect along with when it comes to having bigger hearts and welcoming our guests . 1/3

#SwaraBhasker prior to your recent interview I've never heard your name or known of your existence in #Bollywood. Hence this is when I found out about you, and your change of opinion on #Pakistan.
My first reaction was, what  a “typical old school mentality”, (1/10)

The comments made by @ReallySwara & Kangana Ranaut earlier just go to prove the point that I have been https://t.co/8RoaMTehPK cannot ignore 70 years of history & when the chips are down their nationalism will always come up trumps.The fault lies with us who see their indust..1/2

The actress has now come forward with a tweet saying that  her goodwill towards the people of Pakistan remains unchanged despite the chain of events.

🙈🙈🙈🙈 Dushman ka dushman Dost!!! I’m totally okay with with being the dushman in this case if it brings some dosti to us bickering neighbours :) :) Peace and love guys! ❤️ https://t.co/Fz82K6Wj9b

She didn't seem to fail to see the humour in the situation.

Looks like Indo-Pak peace is on the horizon! 🙈🙈🙈✌🏾✌🏾✌🏾✌🏾💕💕💕💕💕 #DushmanKaDushmanDost pic.twitter.com/sq4foSDhFc

Last, the actor tweeted her stance upon her regard for the people of the neighbouring country.

Thanks Anshul! there should we a distinction between States/ govts of a country & the people of that country. My regard for & goodwill towards the people of #Pakistan remains unchanged. Some of my closest friends are Pakistani. Lahore remains one of my soul cities. ❤️❤️💕💕 https://t.co/JHImDSnwKU

"They’re (Pakistan) a nonsecular state. I’m not surprised at all. Why should we hold up Pakistan, which is a failing state — I don’t understand why we keep taking pleasure and feeling a sense of self-worth from all the silly things that happen in Pakistan. Apologies to all my Pakistani friends right now. Rest assured, Pakistanis have way worse vocabulary than we do. I know," Swara had said in her interview earlier prior to the backlash.