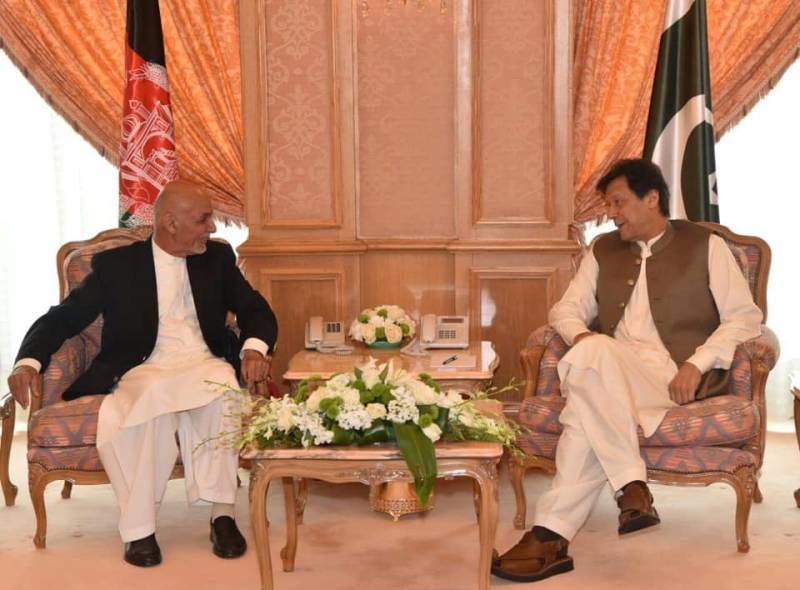 KABUL – Afghan President Ashraf Ghani says he will visit Pakistan on June 27 in an effort to improve bilateral relations that are often hampered by mistrust and reciprocal accusations.

In his speech after Eid prayers earlier today, Ghani said that the visit was agreed on after he met Pakistan's Prime Minister Imran Khan last week on the sidelines of a meeting of the Organization of Islamic Cooperation in Saudi Arabia.

“I hope the visit will be positive,” Ghani said after offering Eid prayers in Dilgosha Mosque of Presidential Palace.

President Ghani’s visit to Pakistan is due to take place at a time when efforts are underway to start direct negotiations between the Afghan government and Taliban.

Kabul has been long accused Pakistan of harbouring Taliban militants who launch attacks inside Afghanistan, but Ghani said he was hopeful that years of mistrust can be replaced by mutual trust and cooperation toward peace.

Last week, Zalmay Khalilzad, the US envoy seeking a peace deal with the Taliban, held talks in Islamabad with senior Pakistani officials, including Khan and Chief of Army Staff General Qamar Javed Bajwa.

Pakistan has recently offered support to US efforts to broker an end to Afghanistan's almost 18-year-long war.

Khalilzad has held several rounds of talks with the militants in Qatar. The sides have made progress, but the Taliban has so far rejected direct negotiations with Kabul.