I can dissolve KP Assembly over horse-trading: Imran 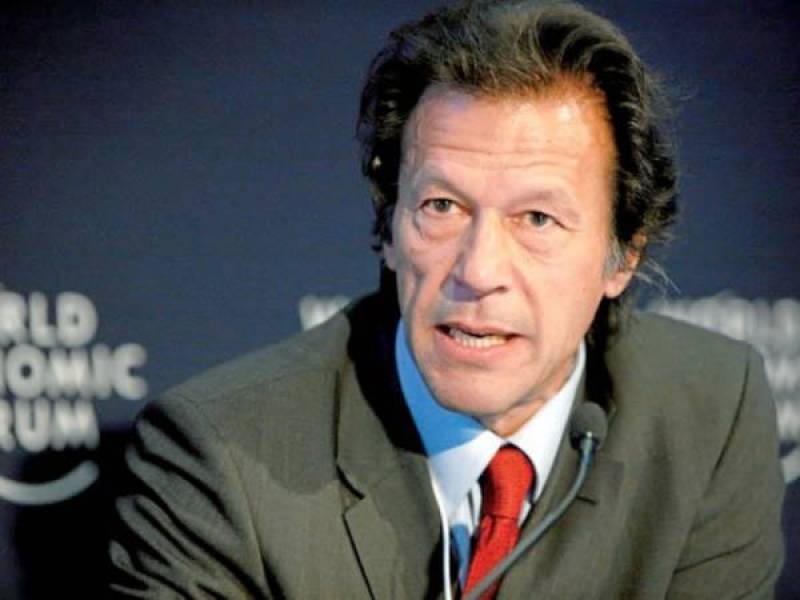 KARACHI (Web Desk) - Pakistan Tehreek-e-Insaf (PTI) Chairman Imran Khan said that he would dissolve Khyber Pakhtunkhwa Assembly if any attempt was made to buy his MPAs for Senate’s elections, Samaa TV reported.

As per reports, PTI chairman while talking to exclusively in SAMAA’s current affairs show “Nadeem Malik Live” today, Khan said that he would meet his MPAs in Peshawar tomorrow (Wednesday) to discuss the issue of upcoming Senate’s elections.

“I will tell MPAs that anybody found guilty of selling his/her vote will be put behind bars,” he said.

Khan said that PTI would take strong action against those selling their conscience for money. “We will cleanse the party of sold out MPAs.”

To a question, he said that Khyber Pakhtunkhwa Chief Minister Pervez Khattak spoke to Asif Ali Zardari first on phone. “We asked Zardari to refrain from buying our MPAs,” he said.

Khan said that both PPP and PML-N were status quo parties.

Khan alleged that Prime Minister Nawaz Sharif had introduced the politics of “change manga” in Pakistan.

Responding to another question, he said that he would quit politics if Pervaiz Rashid’s accusations of selling tickets were proved right.

He threatened to come onto streets again if judicial commission was not set up in a month or two. “Government will not be able to function if we take to streets again,” he stated.

Khan said that seven million fake votes were cast for PML-N in the last general elections. “We should bid farewell to democracy if we have to hold elections like 2013,” he opined. “In my opinion, 2015 appears to be year of next general elections.”

“We will demand balloting under army’s supervision in Karachi this time,” he said, adding that troops should be deployed at police stations.

He said that MQM head Altaf Hussain had wreaked havoc in Karachi while sitting in London. “I want to separate educated people from Altaf Hussain.”

He accused MQM’s people of killing senior party’s activist Zahra Shahid in Karachi. “We will invite MQM’s good people to the PTI,” he added.