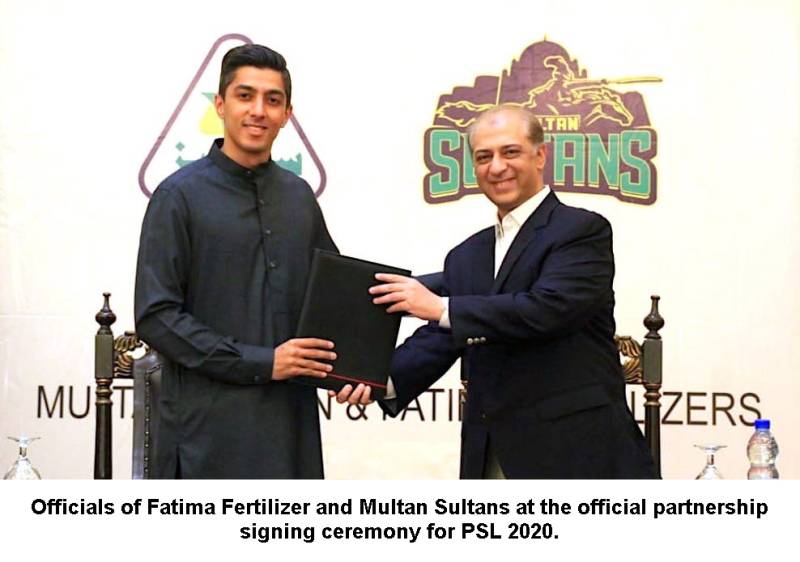 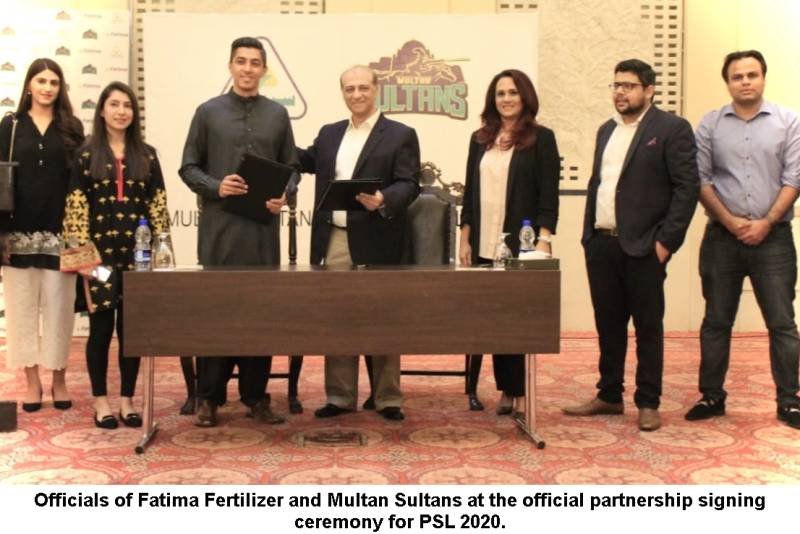 LAHORE - Fatima Fertilizer Limited (FFL) signed a partnership agreement with Multan Sultans to officially support them during the much-anticipated Pakistan Super League (PSL) 2020, which commenced with all its glam and fervour on Wednesday.

The agreement was signed between the owner of Multan Sultans team, Ali Tareen and Director Marketing and Sales at Fatima Group, Khurram Javed Maqbool during a special ceremony held at Pearl Continental Hotel Lahore. With the likes of cricket legends like Shahid Afridi on the squad, Multan Sultans is sure to make a comeback in PSL 2020 with its high performance.

The FFL, the leading fertilizer brand in Pakistan, has continuously played a major role in the promotion of traditional and popular sports in Pakistan at the national and international fronts over the years. The collaboration with Multan Sultans is yet another evidence of FFL’s undeterred resolve to go beyond any intersectional boundaries for the elevation of cricket in the country.

Speaking at the occasion Khurram Javed Maqbool, Director Marketing and Sales at Fatima Group said,” Fatima Fertilizer places great confidence in the Multan Sultans team as one of the best cricketing teams of the league and we feel immense pride in sharing this alliance with the world today. Both the entities complement each other’s objectives of promoting the nation’s favourite sport, as the passion for cricket is amongst the strongest threads that bind this nation together. We hope that this partnership goes a long way in entertaining the cricket fanatics”.

Ali Tareen, the owner of the Multan Sultans team, also shared his views about the alliance by saying, “I am pleased to have Fatima Fertilizers as our main sponsor and thank them for putting their faith in us. Fatima Fertilizer and Multan Sultans recognize and value the passion and sentiments behind this game and aspire to create lasting moments of sheer happiness and joy for all the Pakistanis through this collaboration.”

Pakistan Super League, a Twenty20 franchise by Pakistan Cricket Board is in its fifth season which is held entirely in Pakistan for the first time. The 34 scheduled matches are being played at Lahore, Karachi, Rawalpindi and Multan. The high-spirited Multan Sultans have so far won four out of five matches played until now, each after an intense game.