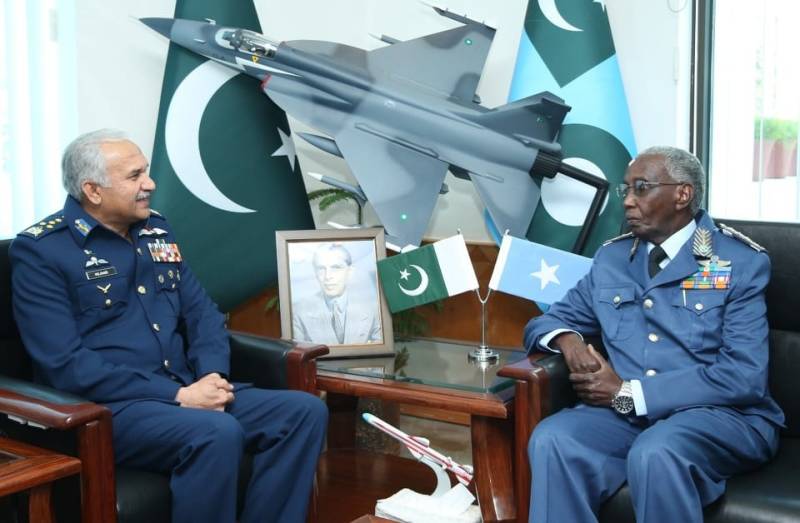 According to details, both the commanders discussed ways and means to further enhance mutual cooperation between the two air forces.

The Commander Somali Air Force lauded the glorious history of Pakistan Air Force (PAF) and also acknowledged the endeavours made by the PAF in modernization and indigenization of its fleet in recent years.