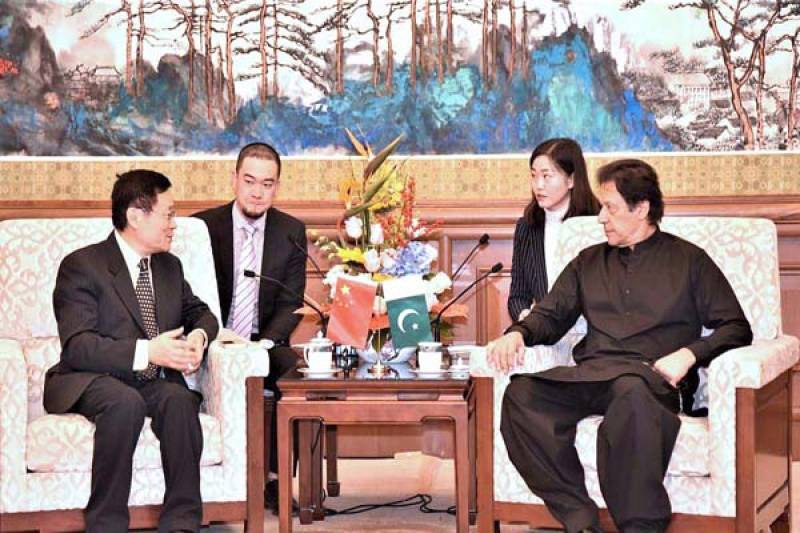 The premier assured maximum facilitation to Chinese companies for business in Pakistan. He was speaking to a number of heads of major Chinese business groups that called on him in Beijing, a statement issued from the PM's office said.

BEIJING - Prime Minister Imran Khan, who is on his first official visit to China, met his Chinese counterpart Li ...

The business leaders congratulated the prime minister on victory in the elections and assuming his office.

They said under the leadership of the PM Khan, Pakistan would enter into new era of development and expressed their gratitude for the support Pakistan was extending to the Chinese companies in hydropower, renewable energy, construction, infrastructure development, ICT and other sectors particularly under the CPEC projects.

The executives expressed their desire to further invest in Pakistan’s socio-economic sectors.

PM Khan appreciated the business ventures of Chinese companies in Pakistan, particularly under the CPEC projects, and expressed his satisfaction over the progress on these projects.

ISLAMABAD - Prime Minister Imran Khan met Chinese President Xi Jinping in Beijing on Friday on the first day of his ...

He also shared his socio-economic reform agenda with the Chinese businessmen.