I will defeat Imran third time on Oct 11: Ayaz Sadiq 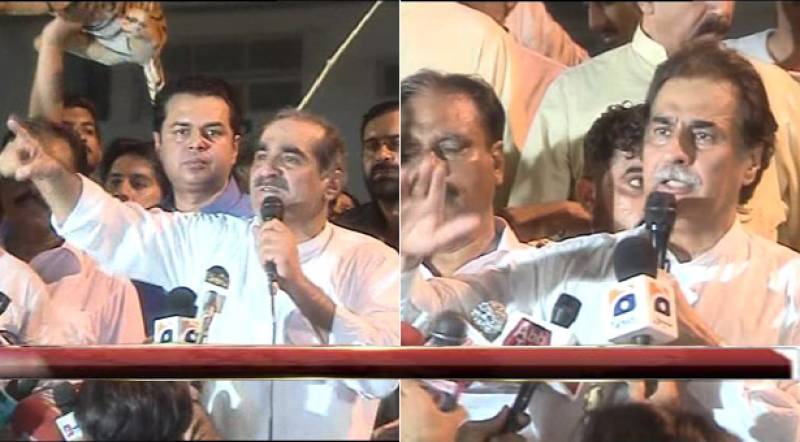 He was speaking at a rally organised in connection with by-polls, the former National Assembly speaker said the ‘lions of N-league’ are prepared to defend their seat.

He said if elections were won with money then Aleem Khan – PTI’s candidate for the by-poll – would have never lost the poll in 2013 at the first place. He added that Imran Khan will again complain of rigging after Oct 11.

“Imran Khan has lost people’s confidence by tendering resignations,” he said, adding that ‘votes will defeat (currency) notes in the by-poll’.