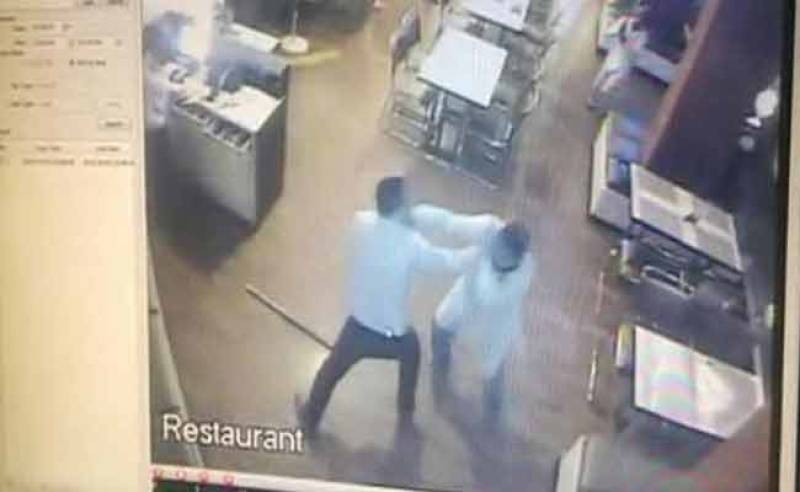 HYDERABAD (Web Desk) - A 40-year-old man was chased down and beaten to death with iron rods by two persons inside the premises of a restaurant in Hyderabad in full public view.

The shocking visuals of the incident were caught on the CCTV camera.

Mohammad Sohail, a roadside vendor of imitation jewellery in Ameerpet, was on his way back home in Chandrayangutta on Friday night when he was attacked by two men on motorcycle near Ranga Reddy Collectorate, the NDTV reported.

The man tried to save himself by running into a hotel but nobody helped him. The two men wielding iron rods and chasing down the victim were caught on CCTV camera.

The police have identified one of the attackers from the CCTV footage.

Previous enmity may have been the reason for the killing, Saifabad Additional Inspector Y Prakash Reddy said.