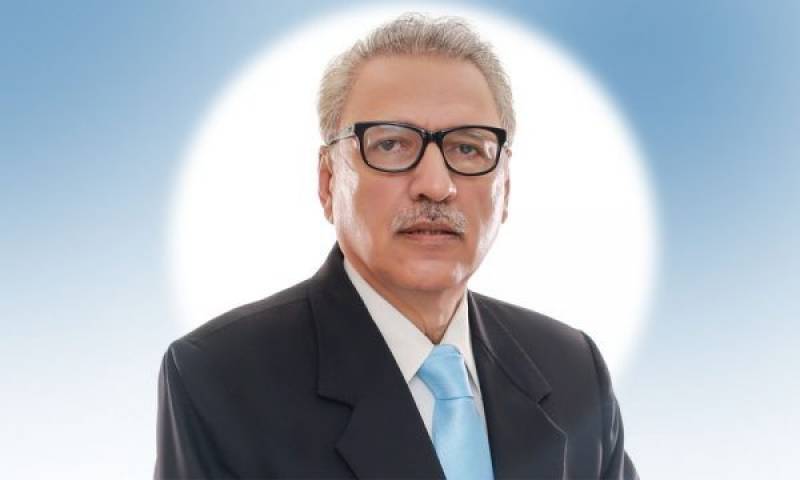 ISLAMABAD - Dr Arif Alvi has been elected as 13th president of Pakistan after a secret polling in Senate and the newly elected national and provincial assemblies - together known as the electoral college of Pakistan.

Alvi, who was nominated by Pakistan Tehreek-e-Insaf (PTI), Aitzaz Ahsan of Pakistan Peoples Party (PPP), and PML-N backed Maulana Fazlur Rehman were vying for the seat.

“After being elected I consider myself not just to be president for the PTI but for the entire country and other political parties,” Alvi said while speaking to reporters outside parliament.

According to the official results, the Pakistan Tehreek-e-Insaf (PTI) candidate was elected as the 13th president of Pakistan with 352 votes.

Polling stations were set up in the Parliament House and the four provincial assemblies where the NA, Senate members and MPAs took part in the voting process.

The tenure of outgoing President Mamnoon Hussain will end on September 8 and he had declined for a re-election.

How is Pakistan’s President elected

Pakistan’s President is elected indirectly through an electoral college, comprising the Senate, National Assembly and the four provincial assemblies – Balochistan, Sindh, Punjab and Khyber Pakhtunkhwa. Every member of the National Assembly has one vote while the four provincial assemblies are assigned an equal weight with the smallest, the Balochistan Assembly, serving as the base.

The Balochistan Assembly has 65 members, while the strength of the Khyber Pakhtunkhwa Assembly is 124. Thus, the vote of a member of the KP assembly has half the value of the vote of a member of the Balochistan Assembly. In other words, each provincial assembly has a maximum of 65 votes in the college and after adding the National Assembly (342) and Senate (104) members, the total size of the electoral college comes out to 706.

However, 27 seats in all the Houses are vacant and elections are scheduled after the presidential polls. Thus, the electoral college for presidential elections currently stands at 679 and a majority in a two-candidate race requires 341 votes.