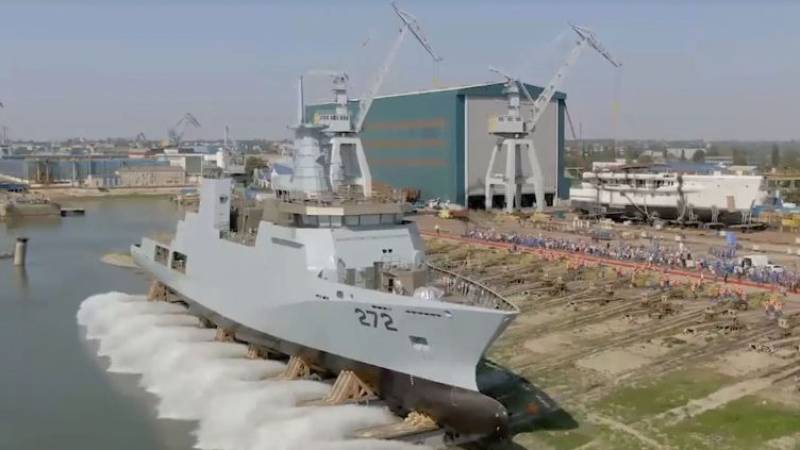 KARACHI – Dutch shipbuilder Damen has launched the second of two 2,300-ton corvettes on order for the Pakistan Navy (PN) at its facilities in Galati, Romania .

The Navy announced that the vessel (with pennant number 272) entered the water on 3 September in a ceremony attended by PN Chief of Staff (Personnel) Vice Admiral Ather Mukhtar, among others.

The contract for the two platforms, which the PN has also referred to as offshore patrol vessels (OPVs), was signed in June 2017.

The first ship, which was launched at the same shipyard on 17 May, is expected to enter service by the end of 2019, and the second one is set to be delivered by mid-2020, according to the navy.

Vice Adm Mukhtar was quoted as saying during the ceremony that the vessels "will act as force multipliers in enhancing [the] navy's capability of safeguarding maritime frontiers and will offer more flexibility in the conduct of [the] Pakistan Navy's initiative of independent Regional Maritime Security Patrols in the Indian Ocean Region".

Corvettes are laced with the latest technology and they are multi-purpose platforms of medium size and tonnage. These are used for different operations including security patrol.