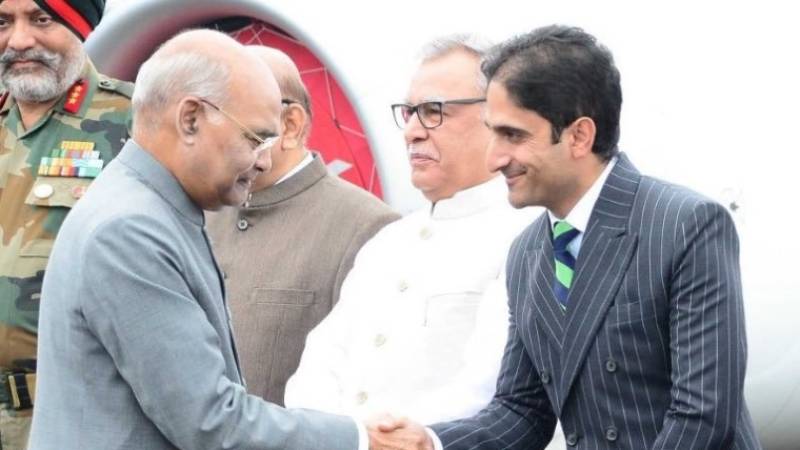 NEW DELHI - The mayor of the capital of the Indian Occupied Kashmir (IOK) was placed under house arrest following remarks critical of the ongoing situation in the region and the detention of its political leaders.

Junaid Azim Mattu was in Delhi for medical treatment, however, was placed under house arrest after returning from the city on Tuesday.

In a recent interview, Mattu had said while there may not be any bodies littering its streets, assuming that the region has returned to normal would be 'highly unrealistic.'

Mattu, who is also the Jammu and Kashmir People’s Conference (JKPC) party’s spokesperson, had also condemned the decision to place mainstream politicians in the occupied region under arrest.

“Over the years, political activists in Kashmir have braved threats and violence by terrorist elements to survive in the mainstream. But today, they are hunted and hounded,” he had said.

Mattu had criticised the revocation of occupied Kashmir’s special status by the BJP regime, saying a lot of families are not able to communicate with their loved ones due to the move.

“While the communication blackout has created a situation where specifics are speculative, it is safe to assume the ground situation can’t possibly be anywhere near normal. The media and administrative narrative seem content in defining ‘normalcy’ in a purely operational context,” Mattu had said.

Mattu had vowed that his party will challenge the centre’s move to abrogate Article 370 of the constitution.

"We have consulted senior-most constitutional experts and luminaries and will be contesting the move in the Supreme Court. Our party Chairman (Sajjad Gani Lone) has, before he was arrested, appealed to the people to maintain calm and not resort to any violent means of expressing their anguish and sense of loss," he said.

After revoking the special status on August 5 through a rush decree, the government had restricted Mattu’s movements.

The curfew in Occupied Kashmir continues even to this day though its been over a month since restrictions were first imposed in the serene valley; Pakistan and global players are calling on India to ease the restrictions to avoid humanitarian crisis.

The foreign ministers of Saudi Arabia and United Arab Emirates landed in Pakistan today (Wednesday) to discuss the Kashmir situation; they might visit India as well.