Passport office for overseas Pakistanis, their families opened in Islamabad 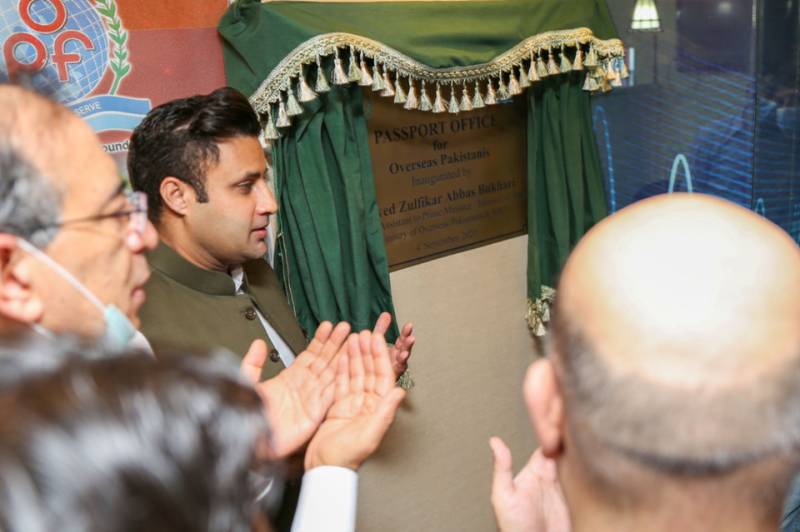 Later talking to the media persons, he expressed the government's determination to take further steps to facilitate the overseas Pakistanis. He said a mechanism is also being evolved to resolve their land disputes forthwith.  He said digitization of land record will be done in the federal capital to ensure greater transparency.

He said the government is keen to provide better services to the overseas Pakistanis.

With the establishment of Machine Readable Passport (MRP) facility, the overseas Pakistanis will now be able to apply/renew their passports in addition to the existing facilities provided by OPF under one roof, which includes OPF Membership Card, Foreign Exchange Remittance Card (FERC), NADRA Swift Center, Complaint Resolution System, etc.

The “OPF-DG I&P MRP Facilitation Centre for overseas Pakistanis” in OPF building is operational and overseas Pakistanis and their dependents are invited to visit the facility for issuance/renewal of their Machine Readable Passports (MRP).