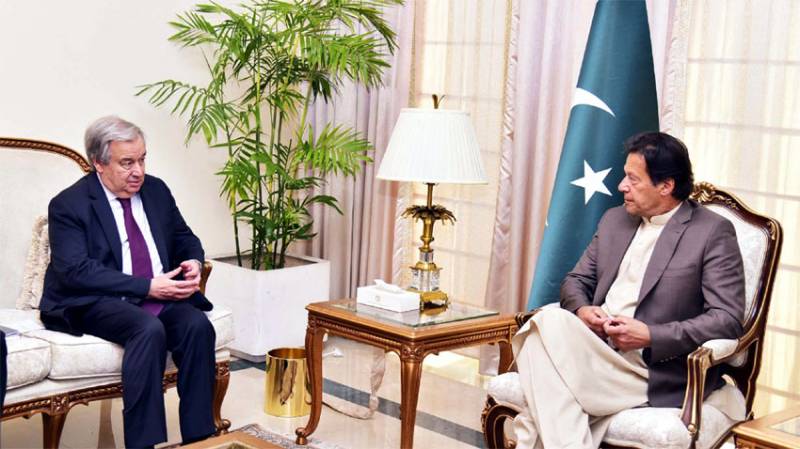 ISLAMABAD – Prime Minister Imran Khan Saturday stressed that the opportunity to finally put an end to 40 years of conflict in Afghanistan must be seized by enabling the Afghans to achieve lasting peace, security and prosperity.

He stated this during a telephonic conversation with the Secretary General of the United Nations, Antonio Guterres on evolving situation in Afghanistan.

Such steps would not only reinforce security but also preclude any mass exodus of Afghans from their country, thus preventing a refugee crisis in Afghanistan, the premier noted.

The premier highlighted the importance of peace, stability and an inclusive political settlement in Afghanistan.

He underscored the need for the international community to become more engaged with Afghanistan, according urgent priority to addressing the humanitarian needs and ensuring economic stability.

The Prime Minister appreciated the vital role of the United Nations in delivering much needed humanitarian assistance to the Afghan people.

The Prime Minister highlighted the facilitation being provided by Pakistan to the UN in that regard including by assisting in the evacuation and relocation efforts.

Assuring Secretary General Guterres of Pakistan’s continued cooperation with the UN in the fulfilment of its mandate, the Prime Minister reaffirmed Pakistan’s full support for the smooth operation of United Nations’ humanitarian mission for Afghanistan.

KABUL – The Taliban have said that China will be their major partner in the development of Afghanistan, a ...