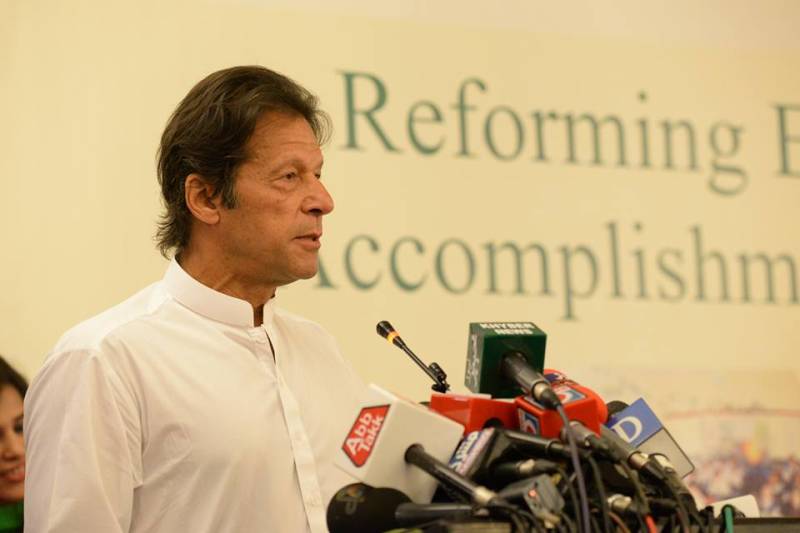 ISLAMABAD - Chairman Pakistan Tehreek-e-Insaf (PTI) on Wednesday noted that the syllabus being taught in English medium schools was driving students away from their own culture.

Addressing a seminar on 'Educational Reforms and Challenges in Khyber Pakhtunkhwa' he expressed that  education should be imparted in the English language only at the higher levels and even then the syllabus should reflect examples in line with Pakistani culture.

He complained that there were three different systems of education running in Pakistan, an English-medium system for the elite of the country, Urdu medium and the religious seminaries for the rest of the country.

Imran paid glowing tribute to the Khyber Pakhtunkhwa government for its efforts towards improving the standard of education in the province.

He claimed that the provincial government hired forty thousand teachers on merit adding that quality education could resolve many prevalent issues of the country.

The legislator opined that education for women in Pakistan was of utmost importance. He said out of every three new colleges being established in Khyber Pakhtunkhwa, two were being setup specifically for girls.

Calling KP’s education system role model for the entire country, he further said if his party gained power in centre, he would allocate embezzled money for provision of quality education.