"I can make them come back from the dead if you set me free," Sargodha shrine murderer shocks everyone in court 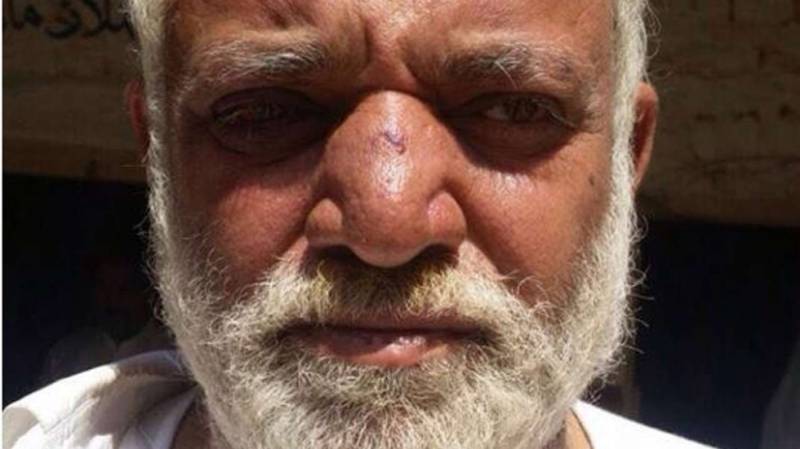 SARGODHA - A custodian of the shrine in Sargodha, who killed 20 devotees after intoxicating them, has claimed that if his handcuffs were removed, he could bring back the deceased from the dead just by kicking them.

Police had arrested three suspects including Abdul Waheed, the custodian of shrine of Mohammad Ali (late), who had confessed to murdering these people because he feared that they had come to kill him.

The police presented the suspects before an additional session judge seeking a 14-day physical remand, while the court had approved a three days remand for interrogation.

As the families of the deceased did not come forward to register a case against the custodian, the case was registered with SHO Shamsheer Joia as the claimant following charges of murder and terrorism.

Except for one woman, the deceased belong to different areas of Punjab: 11 from Sargodha, two from Islamabad, two from Layyah, and one each from Mianwali and Pir Mahal. The body of the woman could not be identified.

Outcome of dispute over custodianship

Sources said that son of Muhammad Ali (late), Muhammad Asif reached Nankana Sahib on Wednesday along with the custodian Abdul Waheed, who began to suspect Asif. Later, he searched him and recovered two packs of insecticide from his pocket.

Waheed and his followers brought Asif to the shrine where two men and a woman were also present. The custodian and his accomplices killed all the four with sharp weapons, stripped them of their clothing, and put their bodies in a room.

On Saturday, the suspect gave intoxicants to more devotees and brutally killed 16 persons.

Meanwhile, Zulfiquar Hameed, regional police officer for Sargodha and surrounding districts, said the main suspect's confession and other evidence suggested the incident occurred due to the "outcome of jealousy and dispute over custodianship" of the shrine.

Around four shrines are located in the area, while another is under construction. Work on this shrine has been halted after the brutal incident. Several shrines in the district are not registered with department of Auqaf.

The custodians of other shrines in the area also disappeared after they had locked up their shrines following the incident.