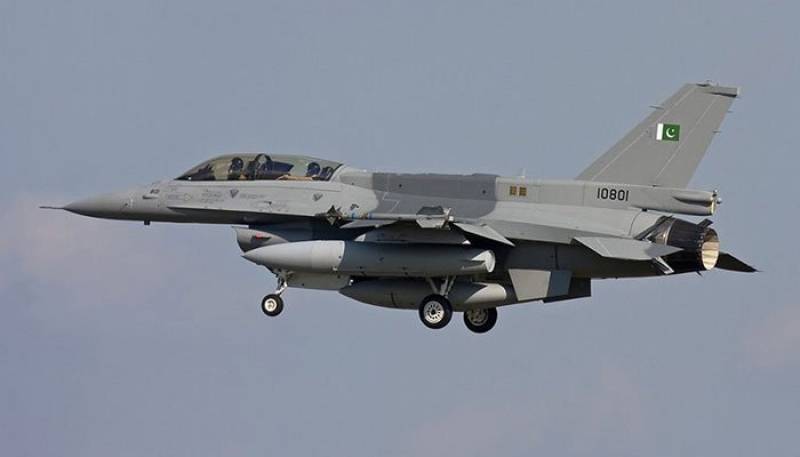 LAHORE - A leading international magazine ‘Foreign Policy’ has rejected Indian claim of shooting down Pakistan F-16 during a brief battle in February.

Two senior US defence officials with direct knowledge of the situation told US Magazine Foreign Policy that U.S. personnel recently counted F-16s in Pakistan and found none missing.

The Magazine said that India has once again misled the world through baseless and false claims.

It said that “The findings directly contradict the account of Indian Air Force officials, who said that Wing Commander Abhinandan Varthaman managed to shoot down a Pakistani F-16 before his own plane was downed by a Pakistani missile.”

One of the senior US defence officials said that Pakistan invited the United States to physically count its F-16 planes after the incident as part of an end-user agreement signed when the foreign military sale was finalized.

The magazine said that “---the count, conducted by US authorities on the ground in Pakistan, sheds doubt on New Delhi’s version of events, suggesting that Indian authorities may have misled the international community about what happened that day.”

The count has been completed and “all aircraft were present and accounted for,” the official said.

However, the defence official dismissing Indian point of view said the agreement did not involve any terms limiting the use of the F-16s.

Earlier, Pakistan rejected Indian claims that F-16 were used in the dogfight with IAF in a brief dogfight in February. Spokesman for the Pakistani Army Major General Asif Ghafoor had rejected India’s claims that Pakistan used US-made F-16s to down Indian aircraft in late February, stating that PAC JF-17 Thunder combat aircraft developed jointly with China were used instead.

Earlier in March, Indian media reported that the US was looking into a possible violation of the terms of use of F-16 it supplied to Pakistan, as New Delhi claimed that the aircraft was used in the dogfight against Indian planes in late February.

ISLAMABAD – Prime Minister Imran Khan has announced to release an Indian pilot, who was captured inside Azad Jammu ...

“The aircraft which engaged those targets and fought them were JF-17. As regard to how to use F-16, in what context [they] were used or not – because at that point of time our entire Air Force was airborne – now it remains between Pakistan and the US to see how the MoUs regarding the use of F-16 have been adhered to or otherwise,” Ghafoor told Russia’s Sputnik.

He noted that Islamabad was discussing the use of its JF-17 with the United States citing “friendly relations” with Washington, stressing, however, that the country would use whatever it deemed necessary if it came to “legitimate self-defense.”

Tensions between India and Pakistan escalated last month, after the Pakistani military shot down two Indian warplanes in the disputed region of Kashmir, responding to an earlier airstrike by Indian jets against what New Delhi said was a camp of Jaish-e-Mohammad group, considered terrorists by India and located on the Pakistani soil across the so-called Line of Control, separating India- and Pakistan- controlled areas of Kashmir.