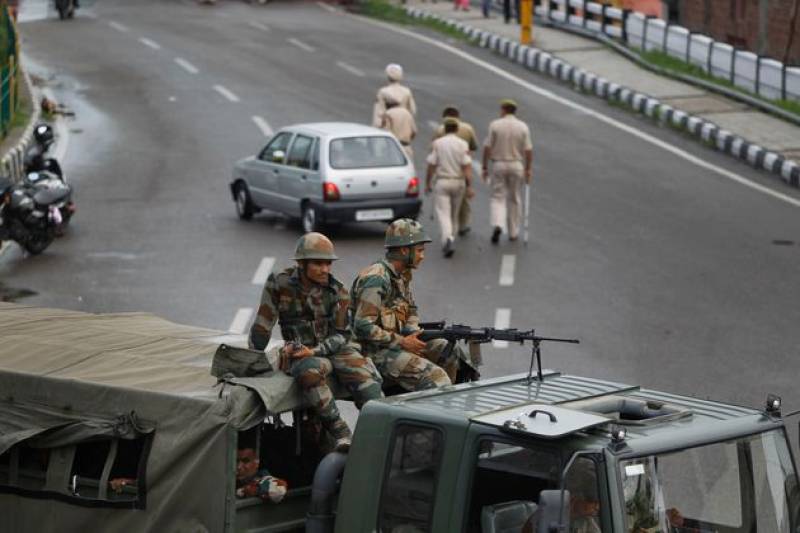 He told a private news channel that the India's so-called democracy has exposed its abominable face.

He strongly condemned the atrocities and brutalities of Indian troops on innocent people of Kashmir.

Meanwhile, daily The News reported that the Foreign Office of Pakistan will deliberate with the help of the legal experts at the earliest after the Supreme Court of India pronounces a verdict over the special status of Jammu and Kashmir.

Meanwhile, President of Azad Kashmir Sardar Masood Khan told Radio Pakistan made said the revocation of Articles 35-A and 370 from the Indian Constitution has exposed New Delhi before the international community.

Special Assistant to the Prime Minister of Pakistan for Information and Broadcasting, Firdous Ashiq Awan, said on Twitter that Pakistan will employ all available options against India's move of abolishing Kashmir's status.

This statement from Islamabad comes hours after India scrapped Article 370 of the Constitution that gave a special status to Jammu and Kashmir and barred people from the rest of the country from buying property there. The BJP-led Centre also converted Jammu and Kashmir into a Union Territory with the legislature, while hiving off Ladakh as a separate Union Territory without legislature.

The Foreign Office, in a statement, issued earlier in the day, stressed that Pakistan is committed to the "Kashmir cause and its political, diplomatic and moral support to the people".