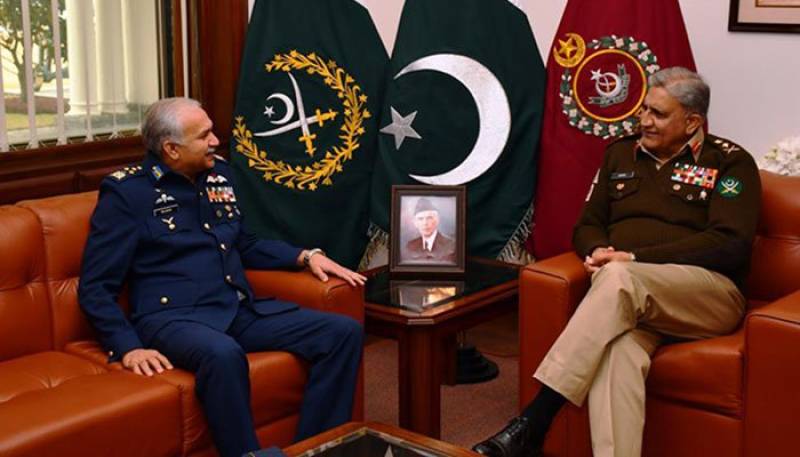 Both the chiefs discussed the matter of professional interests during the meeting, added the military media wing.