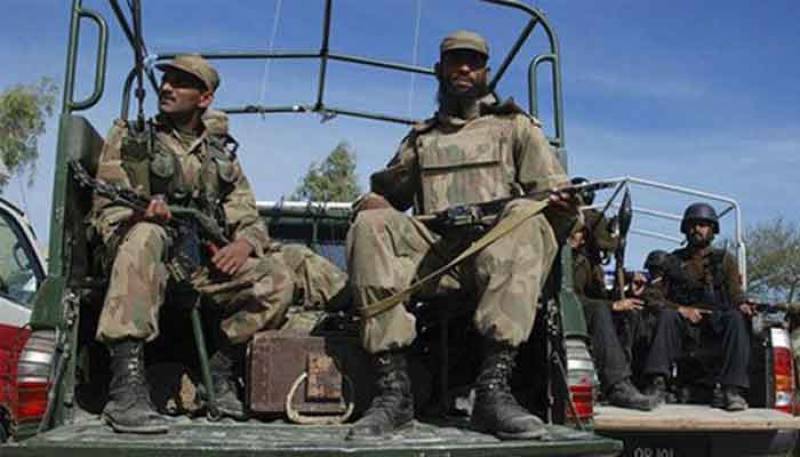 The security forces launched an intelligence-based operation (IBO) as part of “Operation Radd-ul-Fasaad” against terrorist hideout at Gulkuch, on the boundary of South Waziristan and Balochistan. On seeing forces, terrorists opened fire and fled to the nearby mountainous area, said Inter-Services Public Relations (ISPR) in a statement.

Security forces chased fleeing terrorists and after a fierce exchange of fire, all three terrorists were killed.

Sub-machine guns (SMGs), hand grenades, communication equipment and local currency were recovered from their possession. While the Identity and linkages of terrorists were being ascertained.

Separately, in Balochistan, the Frontier Corps (FC) also carried out an IBO in the suburbs of Qilla Saifullah and Kahan near Mawand, foiling a terrorist activity to sabotage peace in the province. Weapons and ammunition were also recovered, the ISPR press release said.