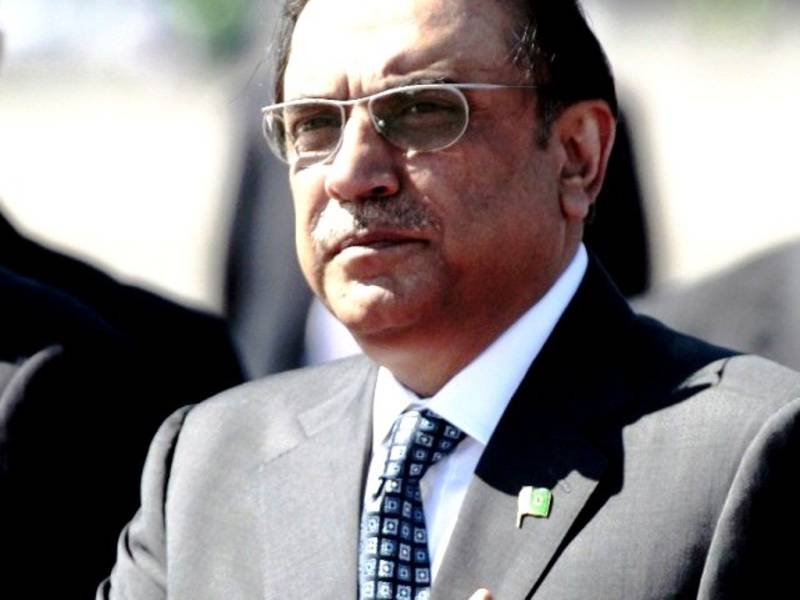 Zardari, while addressing legislators of Sindh and his party workers, pointed out that it was PPP founder Shaheed Zulfikar Ali Bhutto who initiated this concept and engaged into dialogue with China and resolved borderline issues getting K2 for Pakistan with China's help.

"Several books are needed to cover the CPEC, whose imaginations go beyond thousand years and our future generations will continue to eat the fruits of this game-changer project," he said.

"We have to give ownership to CPEC and every area being developed under this project is our own," Asif Zardari added.

In a categoric reminder, he recalled his first tour to China as president to follow up the strong ties developed with the friendly country by Shaheed Zulfikar Ali Bhutto and Shaheed Mohtarma Benazir Bhutto.

"Shaheed Bibi also wanted a martial plan for our development and she planned 50,000 MW power projects but the same were scrapped because her governments were dismissed without allowing her to complete her tenures," he added.

He also highlighted the achievement of his stint by claiming that Pakistan inked agreements related to currency-swapping with Iran, China, Turkey and Sri Lanka, but Turkey's president Erdogan was cogitating over the idea.

Earlier, Chief Minister Sindh Murad Ali Shah mentioned that Shaheed Zulfikar Ali Bhutto had stated in 1968 that it was only China which had the tendency and will to support us and he was the one who had kicked off the ground-work for CPEC, which has been pioneered by President Asif Ali Zardari through his "diplomatic wisdom and sagacity".

"Sindh is the only province whose two cities i.e. Karachi and Sukkur are part of CPEC while Karachi Circular Railway has also reached the Joint Coordination Committee (JCC) of the two countries," he added.