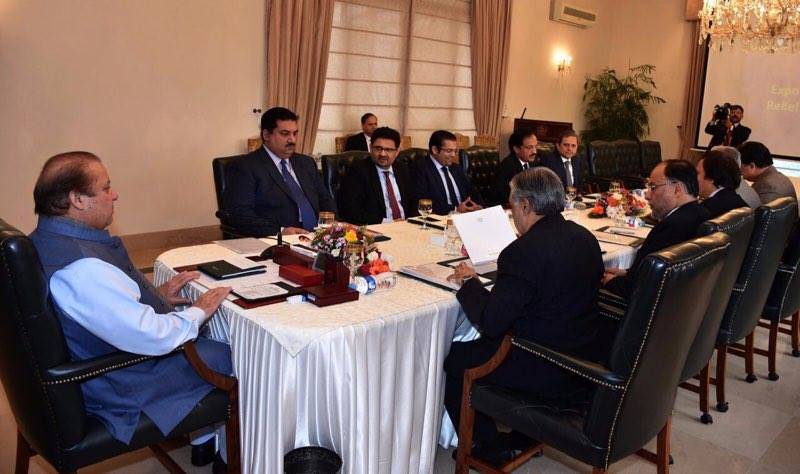 ISLAMABAD - Prime Minister Nawaz Sharif has said the present government due to its rational approach and sound policies has achieved great success in economic growth which has been acknowledged by international monetary institutions.

He was chairing a meeting to review measures taken by the government to enhance the country’s exports in the capital city on Thursday.

“Our stock markets have shown phenomenal bullish trends, inflation rate has decreased and investors are now keen to invest in Pakistan,” said the prime minister. During the meeting, the premier was informed that major issues identified regarding exports include competitive international suppliers who are also competing with Pakistani goods, comparative incentives on exports where other economies are providing higher incentives and Taxation regime.

PM Nawaz was also informed regarding facilitative measures provided by the government for support for plant and machinery for Agro processing, Technology Upgradation Fund, Brand and Certification Development, incentives on Product Development and related Taxes & Levies.

The PM told the meeting that in order to develop the export sector, key enablers including quality infrastructure, labor productivity, access to utilities and technological development needs to be focused upon. Moreover, convergence of local & international standards, protection of intellectual property, and effective and efficient disputes resolution mechanism are also essential to boost exports, he added.